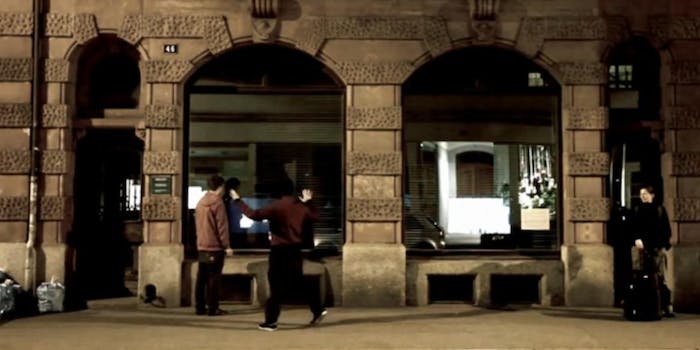 The motion-detecting system in

First the Xbox Kinect motion-detecting system was used to track selection patterns in retail stores. A project called User 632 took the experiment one step further, attempting to figure out the habits people exhibit before even entering a store.

Between Feb. 23 and May 16, Udef, a Swiss company specializing in programmed imagery and digital interaction, used three Kinect cameras inside a store window to track “the behaviour of the people who look at it by monitoring them in return.”

“All data is being tracked and displayed publicly,” Udef wrote. “Passers-by are stored as an anonymous number without any hints to their identities. Whoever comes too close to the camera though will be stored with a photograph next to their id.”

It is unclear exactly how the technology works, but by using a combination of PHP coding, Javascript, and OpenFrameworks, User 632 used white dots to track a persons every movement.

A video of the project at work was chopped up into the following GIF animations by Prostheticknowledge, a popular science Tumblr blog. The GIFs have since been featured on Tumblr’s GIF tag page and collected more than 190 notes.

“This is creepy but also kinda cool,” theothersideofdrinkingglass commented.