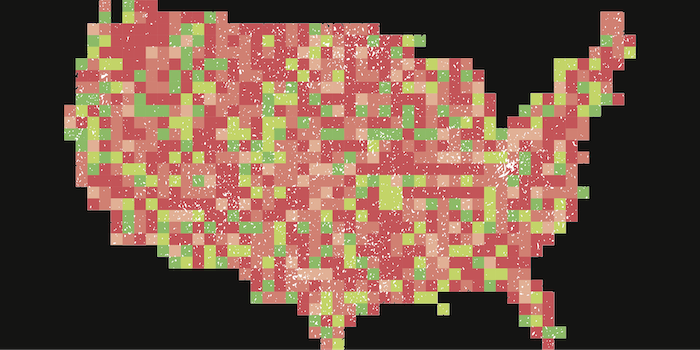 Compromise is key to democracy—and gerrymandering is killing it.

The Supreme Court’s announcement that it will consider whether partisan gerrymandering violates the Constitution may sound like good news for Democrats.

Yet even in a year when federal courts have been litigating a steady stream of gerrymandering claims—most knocking down maps drawn by Republicans—it’s irrelevant whether one party cheers and another grumbles. Ending political gerrymandering would be excellent news for our nation as a whole, and is essential to the survival of our democracy.

When the practice of gerrymandering first appeared, this tactic of drawing a district into an odd shape for political reasons seemed a bit odd but generally benign. The courts did not feel the need to block it in a muscular way.

But gerrymandering is no longer benign. Technology has turned it into a malignancy. Computing horsepower gives the party that controls the statehouse the data it needs to draw congressional districts with a precision the earlier courts could never have imagined. The ruthlessness of this precision has obliterated our politicians’ capacity to compromise.

Imagine, for example, that you live in a Republican congressional district (for the purposes of this thought experiment, you could choose either party). You run for office and win. Once in office, you are confronted with policy choices that call for compromise. You want what’s best for your country, so you cast your votes accordingly. You sleep well knowing you’ve made wise trade-offs to achieve the greatest good.

But soon you return to your reliably Republican district. To your horror, you find that you are criticized for conceding to Democrats’ demands. An ambitious Republican challenger runs against you and tells the Republican voters in your district that you cannot be trusted to represent their views. She wins, and you lose. She then goes to Washington and refuses to compromise, lest someone overtake her as she has overtaken you.

Now imagine that your congressional district comprises an equal number of Democrats and Republicans. Once again, you understand and act on the need to compromise. Soon you come home to your district and face challengers from both parties; each argues that you failed to represent their views. But neither challenger has the votes to ultimately win your seat unless he can synthesize the varying points of view in your district better than you did. He will only win if he can articulate more persuasively the reasons for the choices that must be made.

By ending gerrymandering, we can end, for once and for all, the gridlock in Washington that’s crippling our nation. Ordinary Americans can make a vital contribution to the success and longevity of our constitutional democracy by raising their voices and demanding an amendment to the United States Constitution ending gerrymandering once and for all.

Precious few national politicians will vote to propose such an amendment because it will make their work much more difficult and their jobs much less secure. But that’s one more reason We the People should act. We want our congressmen and congresswomen to feel off-balance. We want their jobs to be difficult because effective government is difficult. We want only the true statesmen among us to survive the long haul.

Statesmen compromise. Political hacks throw bombs. And the bomb-throwers who hold office, thanks solely to gerrymandering, are on the cusp of rendering our constitutional democracy inoperable.