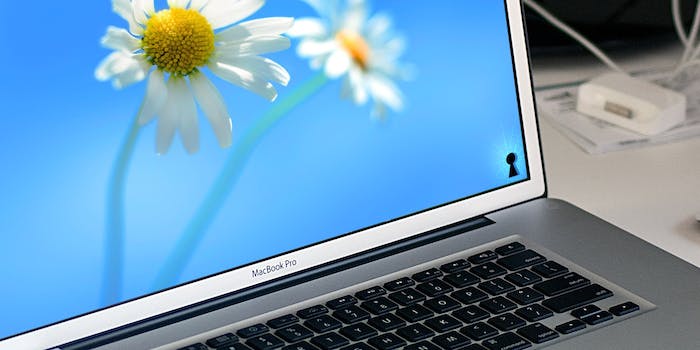 As the United Kingdom’s government prepares to push for greater surveillance powers, newly revealed documents show just how powerful encryption is against them.

The documents are among those leaked by former National Security Agency contractor Edward Snowden, and concern the agency’s British equivalent, Government Communications Headquarters. One joint GCHQ–NSA document, titled “Crypt Discovery Activity,” details the challenges faced by intelligence agencies when they come up against strong encryption.

“The spread of encryption, particularly Transport Layer Security (TLS), which was previously known as Security Sockets Layer (SSL), and Internet Protocol Security (IPSec), threatens our ability to do effective target discovery/development because pertinent metadata events will be locked within the encrypted channels and difficult, if not impossible, to prise out,” it says.

The plan developed was to closely watch the spread of encryption, assess the impact on intelligence gathering, and research ways to circumvent the obstacles encryption presents.

In the two years since Snowden’s first disclosures, mainstream adoption of strong encryption has ramped up. 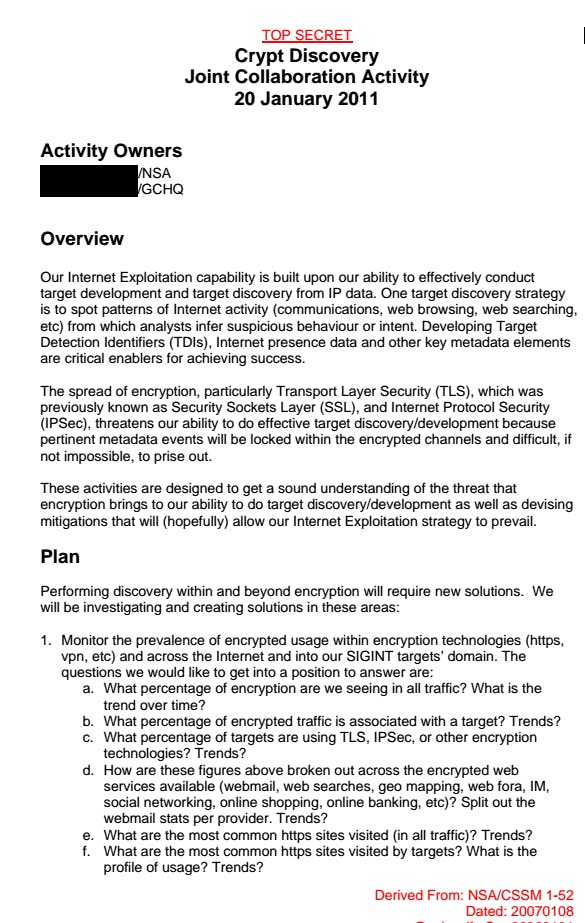