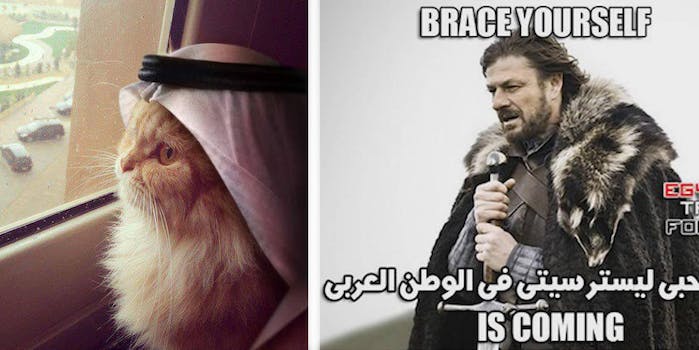 Where the Arab world goes to find the dankest memes

Some parts of the Gaza Strip only have electricity for eight hours a day. Unemployment is a whopping 25 percent. There are shortages of clean water and concrete. But there’s one resource to which it has nearly unlimited access: the internet.
At the Gaza Sky Geeks incubator, one startup is building a social network for viral humor, memes, and user-generated content. It’s a self-described 9GAG for the Arab world called 5QHQH, which translates to “5haha”.
Arab people love to laugh,” says  Mohammed Qasem, its founder. “Did you know that when Leonardo DiCaprio won the Oscar, here in [the Middle East], we make a million jokes about this?”
Despite extremely difficult circumstances, Gazans are leveraging the power of the internet to start businesses, push back against poverty, and share a laugh. And investors have taken notice.

This video was filmed and edited by Evan Engel and produced by Josh Rubin.