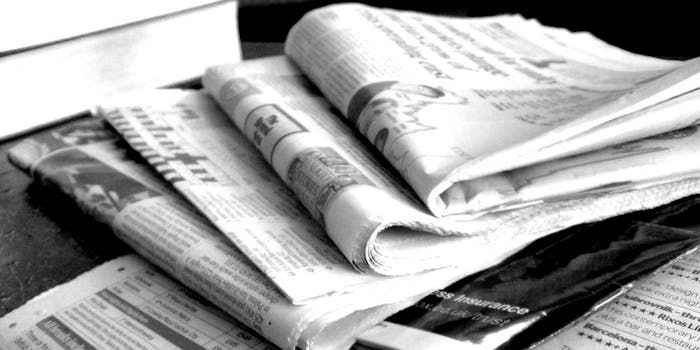 In move that could signal major changes in the world of online media, employees of Gawker have voted to unionize. This makes Gawker the first major online media company to join a labor union.

Gawker—which owns popular sites like Kotaku, Jezebel, and Deadspin – announced the results of Wednesday’s union election in a blog post Thursday morning. Of 118 eligible voters, 107 employees cast votes on whether the company’s writers should join the Writers Guild of America East. Ultimately, 75 percent voted in favor of joining the union.

As part of the WGAE—a union that typically represents television and film writers—the Gawker staff say the will now set about “determining what we want to bargain for; forming a bargaining committee; and negotiating a contract.”

In a previous blog post announcing the unionization effort back in April, Gawker staffer Hamilton Nolan outlined some of his colleagues’ reasons for wanting to organize. Though Nolan praised the company as one that is “relatively well run” and treats “its employees relatively well,” he said that he and his coworkers would like to “ensure that things like pay and raises are set in a fair, transparent, and unbiased way.”

As a media enterprise, Gawker has been at the forefront of the shift away from traditional newspapers to online news sites. But that shift has gone hand-in-hand with a decline in journalism unions. Nolan now hopes Gawker can be the vanguard of a reversal for that particular trend:

“There was a time when much of the media was unionized. As journalism has moved online and flourished over the past 20 years or so, union workplaces have become much more rare in our industry. Gawker Media would be the first major online media company to organize. That is something that everyone at this company—employees, management, and owners alike—could be proud of. There are plenty of companies in this industry whose workers could desperately use the help of a union. If we can show that it’s possible, I hope that a positive precedent will be set.”

The results of the election were also celebrated by WGAE Executive Director Lowell Peterson in a written statement.

“As Gawker’s writers have demonstrated, organizing in digital media is a real option, not an abstraction,” Peterson wrote.