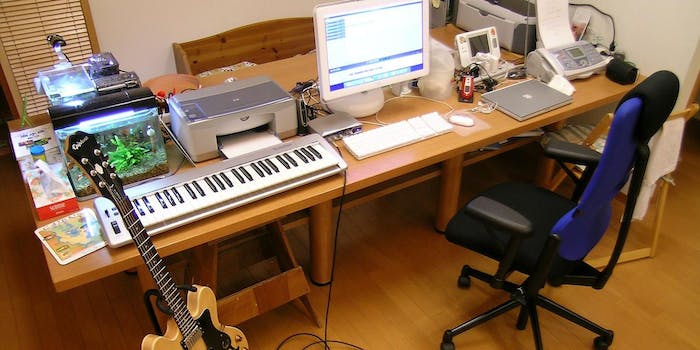 Buried in a new update from Apple is a potentially game-changing feature for indie musicians. In version 10.1 of GarageBand, artists will be able to directly publish finished songs to Apple Music Connect.

GarageBand—the powerful music-making suite best known as the app you opened once, played on the keyboard for awhile, realized you didn’t know what you were doing, and haven’t opened it again—has long been a favorite tool for indie musicians. Now those who choose to record in the program will be able to push music straight to fans.

Apple Music Connect is the social side of Apple Music, the new streaming platform from the Cupertino company. With the remnants of iTunes Ping in there somewhere, Connect gives artists a direct line to their fans. Concert videos, photos from the road, lyrics, and other information can all be shared directly through the service.

GarageBand support takes Connect to the next level, giving musicians a way to send samples and early cuts to their followers. Fans can voice support or give feedback on items shared through connect. It’s an interesting idea that will require artists to actually utilize it, but the framework is now in place.

The update to version 10.1 of the program also brings new drum kits with distinct hip-hop, dance, and EDM flairs, plus new drummer controls to make use of the fresh sounds. Over a thousand new loops and 100 new sound patches have also been added. Force touch, Apple’s haptic feedback technology that has slowly been gaining integration into native apps, receives support in the recent update as well.

GarageBand 10.1 is available to download for both OS X and iOS.