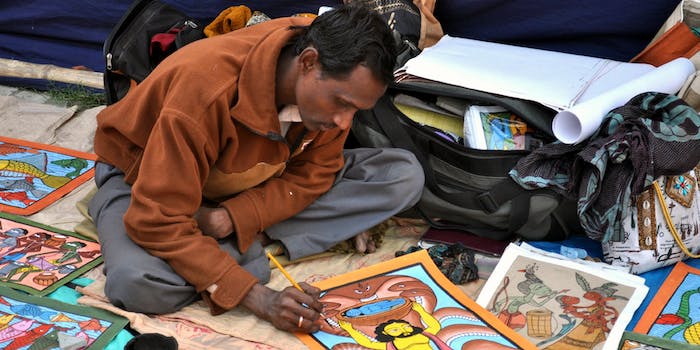 How a selfie app became a community for artists

Usually in-app purchases are a slimy way to get game addicts to pony up. Not this time.

There’s no such thing as a free lunch or a free app—at least, not for very long. Such is the case with French Girls, an incredibly fun and creative selfie app that lets users alternate between posting self portraits and drawing each others’ pictures based on those photos.

This week, the app released a few premium features, though the free version of French Girls remains. You can now choose to pay to bump your selfie to the front of the drawing line for $0.99, or you can pay $9.99 to get a “premium drawing” by one of the app’s “hand-picked top artists.” 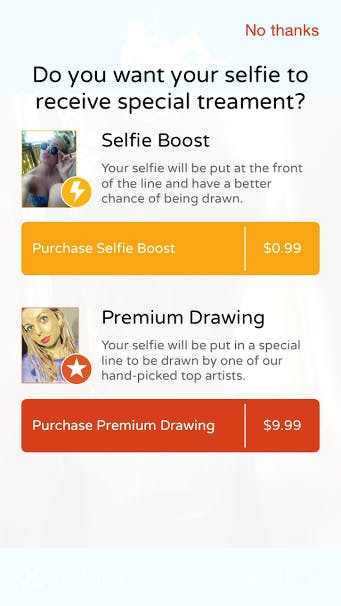 Adam Ceresko, the app’s cofounder and CEO, told me that French Girls picks its top artists by selecting the 50 people whose drawings have gained the most likes.

What’s in it for them? “Currently it’s just the extra spotlight and some extra features in the app,” Ceresko said. “They all agreed to help us with this feature as we build out the more exciting features.” He said revenue sharing with artists will one of these new developments.

For the current update, though, artists are still hard at work. As far as in-app purchases go, this is easily one of the most innocuous ones I’ve ever seen. And the pay-off is evident: Since the app launched, smartphone artists have proven themselves quite capable. Some of the renderings left me wondering how someone could draw better with their finger or stylus than I could with a room full of art equipment. 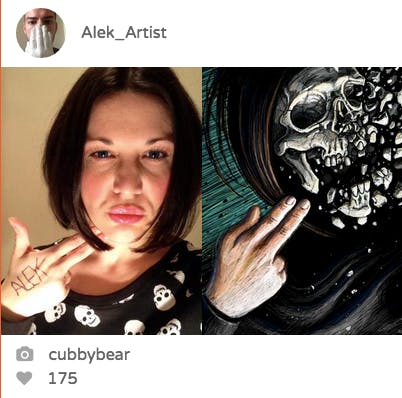 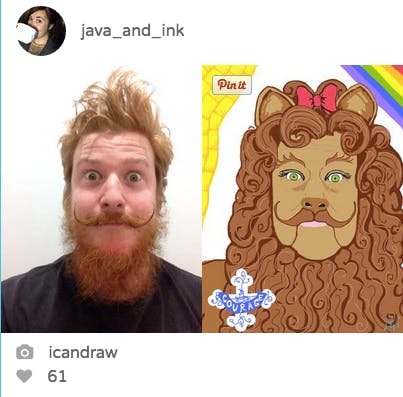 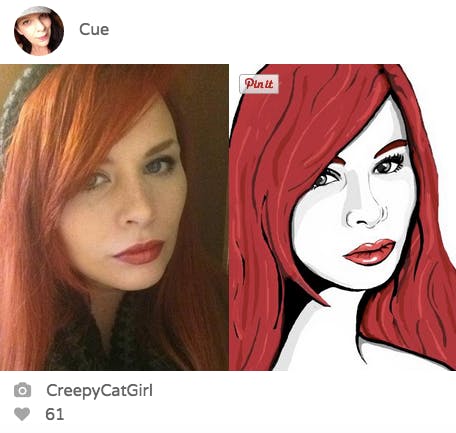 LaRoseBud, one of the app’s top artists, took my own grainy, unedited, backlit selfie and turned it into this. 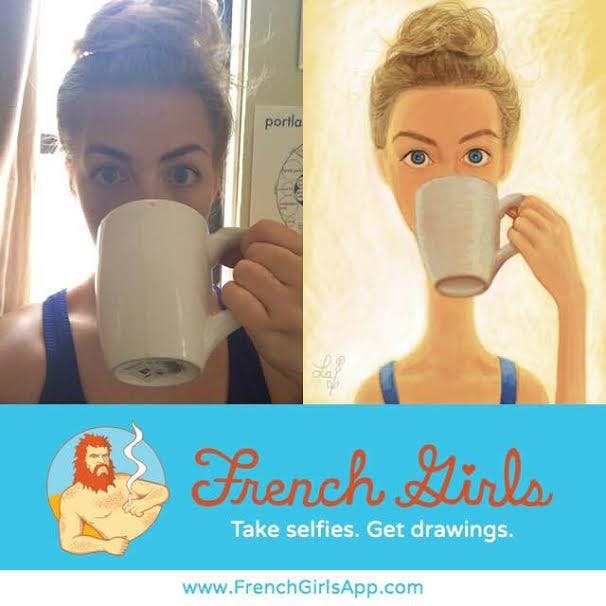 “We view French Girls as a country club for artists,” Ceresko said. “Not only is it a great place for them to create amazing work, but they get to share it with like-minded people and socialize around it.”

This sort of makes it sound like French Girls is a modern-day, digital salon. It’s a feeling a lot of us get from apps like Instagram and DeviantArt as well, but French Girls brings with it a certain lightheartedness and even silliness that sometimes eludes other mobile apps and Internet art forums. And this lack of self-awareness is sometimes what makes artists so mockable: Think about how often we’re hating on artsy Instagram hipsters.

French Girls manages to fly above that sort of criticism, and that attitude has helped the app find quiet success.

“Growth has been strong,” Ceresko said. “We’re really happy to be closing in on 2 million total installs of organic growth. With the new features we’ve added and [those] coming in the near future, I only expect growth to increase.”

Of course, even such a positive community needs occasional policing. One of the first things I noticed about French Girls was how many people were asking artists to draw photos of children and teens. On the Internet, this means asking to have penises (or worse) drawn on them.

“We have a system in place that empowers the community to set the tone for what’s allowed on French Girls and what isn’t,” Ceresko explained when I asked how the app dealt with this. “If a user has a certain number of selfies and or drawings flagged above our threshold, they get auto-banned and we review them manually to determine if a warning is suitable or not.”

Even the happiest of apps needs some sort of penis patrol.

Photo via Sudipta Mallick/Flickr (CC BY 2.0)