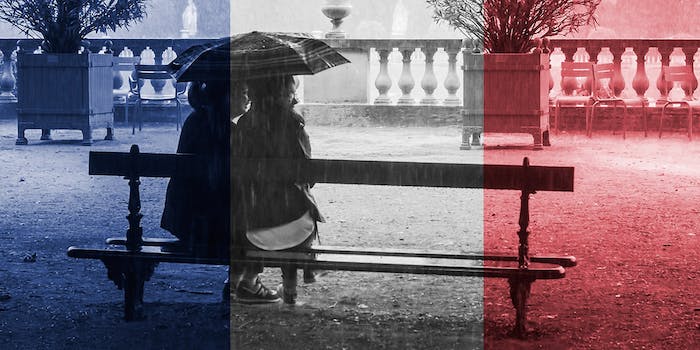 Both pieces of legislation could appear as soon as next year.

In the wake of the deadly Paris attacks, the French government is considering new legislation that would restrict access to the anonymizing network Tor and free Wi-Fi networks, according to a report in French newspaper Le Monde.

Le Monde‘s report cites an internal document prepared for the Interior Ministry by France’s Department of Civil Liberties and Legal Affairs that lists restrictions to be considered for inclusion in two bills—one on the state of emergency and one on combatting terrorism.

French President Francois Hollande declared a state of emergency in the wake of the Paris attacks, and parliament later voted to extend it for three months. The state of emergency expands police powers in the country—French police may search residences without a warrant, border controls can be tightened, and public protests can be banned.

The second proposal for counterterrorism legislation includes suggestions for banning or blocking Tor and requiring service providers to hand over encryption keys to police. In this section of the document, Le Monde reports, the Department of Civil Liberties and Legal Affairs questioned whether such proposals might violate the French Constitution.

Both pieces of legislation could appear as soon as next year, according to Le Monde.

If France moved to block Tor, it would be the first European country to do so. Iran and China have both made somewhat successful attempts to block the network, which re-routes Internet traffic to hide the user’s IP address (and therefore the location).

However, European and American officials alike have called for service providers to make encrypted communication accessible to law enforcement. California Senator Dianne Feinstein has used the Paris attacks to renew her calls for restrictions on encryption, calling it the “Achilles’ heel” of the Internet.

But tech industry leaders have been firm that encryption cannot be compromised for law enforcement without compromising the security of the Internet as a whole. As France seeks to restrict public Wi-Fi access and anonymized communication services, the industry—and French citizens—are likely to push back.