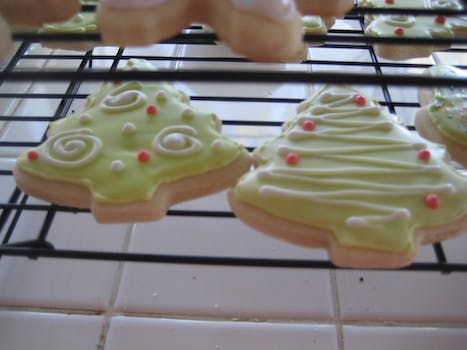 The war on Christmas is real if you believe. Fox News certainly does, and is more than happy to beat the battle drum in an echo chamber.

Proof positive: A Fox & Friends segment from Tuesday morning that served no newsworthy purpose except to find a hook on which to hang its bullshit subliminal messages.

The government wants to nag you into oblivion and it is coming for your favorite snacks, host Clayton Morris asserts. Said assertion is curiously nestled into the holiday season despite spotlighting news from 2013.

The U.S. Food and Drug Administration is indeed cracking down on trans fats and made its plans clear over a year ago—eventually, the food industry will be expected to phase out artificial trans fats from its products. The far-left loons at McDonald’s ditched them in their still-delicious fries six years ago. FDA commissioner Margaret Hamburg said then that the regulation could prevent 20,000 annual heart attacks.

But just watch Morris rally viewers with food and agricultural economist Jayson Lusk when he makes the conversation about sprinkles, “If you’re making cookies once a year with your kids on the holidays that’ll be banned.”

“Get ready to say goodbye to your favorite sprinkled donuts,” Morris says, “Doesn’t the FDA have more important things to do?”

And then we get this slam dunk, post-Obama-as-an-emperor zinger from Lusk: “If the government can involve itself in such small minutiae of our daily lives…” You can fill out the talking point mad lib from there.

Just like that, the damage is done and the notion of Obama as a dangerous hall monitor that wants to cram kale down your throat on Christmas morning while Michelle laughs at your fat kids is firmly programmed.