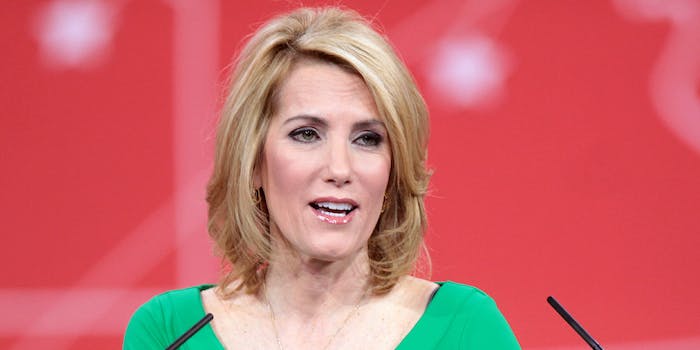 'We look forward to having Laura Ingraham back hosting her program.'

Fox News issued a statement today in defense of Laura Ingraham, as she took a week off from her show in the wake of her Twitter fight with Parkland shooting survivor David Hogg over his college rejections.

“We cannot and will not allow voices to be censored by agenda-driven intimidation efforts,” said Jack Abernethy, co-president of Fox News.

Ingraham’s show had been under siege after Hogg, who survived the shooting, called for a boycott of Ingraham’s advertisers over his tweet to her.

David Hogg Rejected By Four Colleges To Which He Applied and whines about it. (Dinged by UCLA with a 4.1 GPA…totally predictable given acceptance rates.) https://t.co/wflA4hWHXY

Soooo @IngrahamAngle what are your biggest advertisers … Asking for a friend. #BoycottIngramAdverts

Several advertisers immediately announced they would pull ads from Ingraham’s show as people on Twitter called out specific brands for supporting her.

However, despite the clamor, Fox News said its solidly behind Ingraham.

“We look forward to having Laura Ingraham back hosting her program next Monday when she returns from spring vacation with her children.”