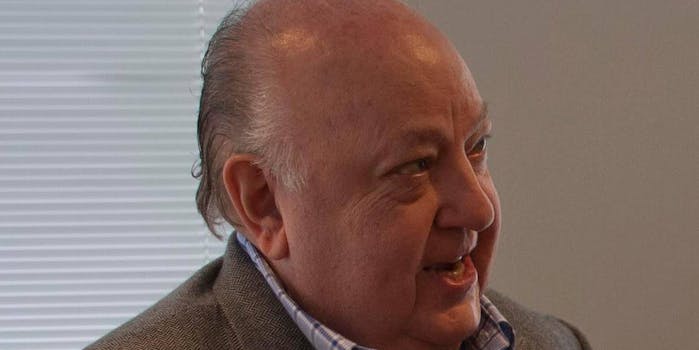 Carlson's lawsuit follows her firing from the conservative news network.

Fox News host Gretchen Carlson has filed a sexual harassment and retaliation lawsuit against Fox News Chairman and CEO Roger Ailes, one of the most powerful and successful men in television and American politics.

Ailes was Carlson’s boss until she was let go from the company on June 23, ending her stint hosting The Real Story with Gretchen Carlson and her 11-year tenure with the company.

Carlson alleges that she was let go from Fox News specifically because she rebuffed Ailes’ sexual advances “and also tried to challenge what she felt was unequal treatment of her in the newsroom by some of her male colleagues.”

In the minutes after the news became public, Carlson took to Facebook to confirm her departure from the network.

As you may have heard, I'm no longer with @FoxNews. I value your support and friendship so please stay in touch: https://t.co/R7JBTsvYSh

Fox News did not immediately respond to our request for comment.

Update 8:40am CT, July 23: Following mounting criticism and public outcry, Roger Ailes agreed to step down on July 21. A statement was issued shortly after indicating that Rupert Murdoch would step in as interim chairman and SEO.

Wilson tweeted her lawyer’s response to the resignation shortly after. She’s otherwise stayed relatively silent about the subject, save for a few tweets thanking supporters.

My lawyers' statement after #RogerAiles resigns. Thank you to everyone who supported me. #StandWithGretchen pic.twitter.com/UOdSXiYVYr