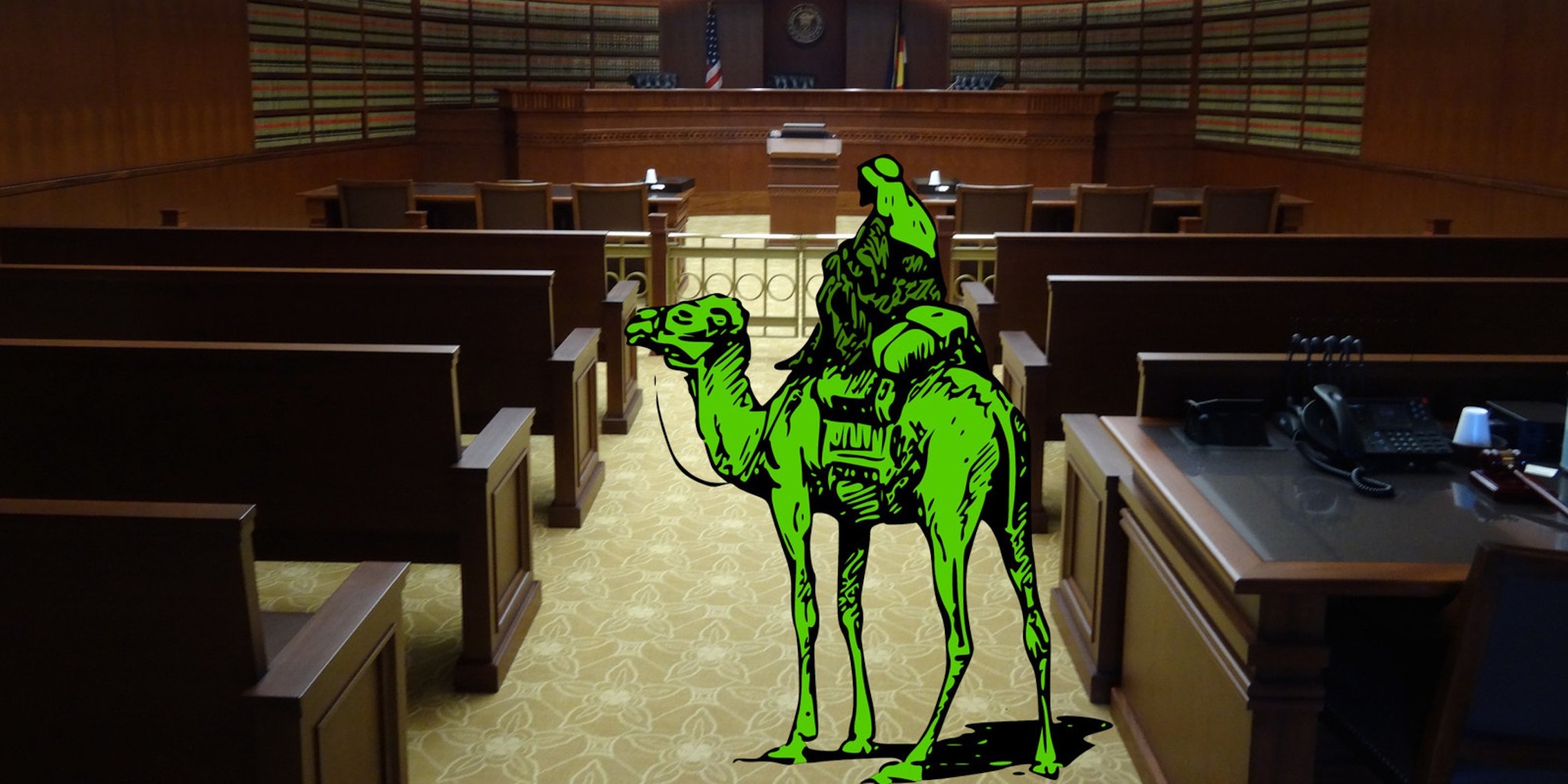 A Dark Net site may have just doxed Judge Katherine Forrest, the federal judge in the Silk Road trial, revealing personal details like her address, phone number, and social security number. The Daily Dot was unable to verify the data presented.

The posting, first reported on by DeepDotWeb, advocates sending SWAT teams to the judge’s home, releasing information about her friends and family, sending anthrax to her home, and even murdering her as payback for her treatment of accused Silk Road mastermind Ross Ulbricht so far. 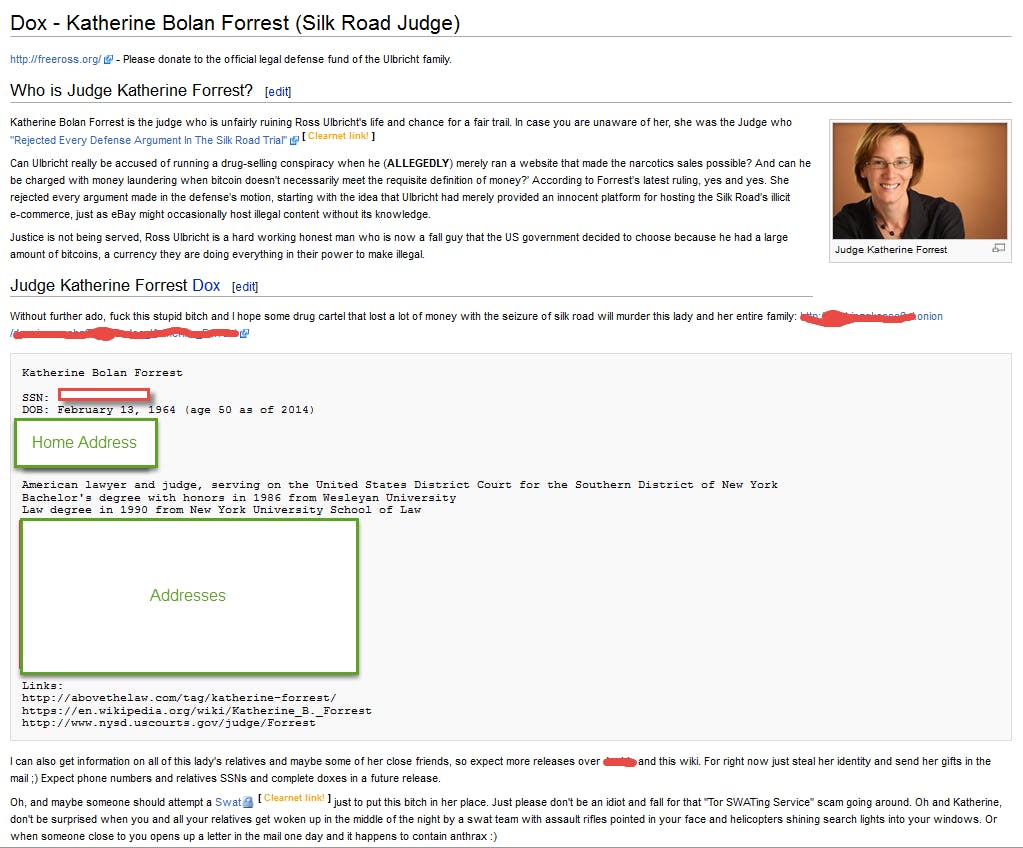 The doxing, which endorses Ulbricht’s defense fund but appears to come from an outside party, began after Judge Forrest denied Ulbricht’s attempts to throw out evidence that he said was illegally obtained by the FBI.

Ulbricht’s lawyer, Joshua Dratel, alleged that the FBI had illegally hacked a Silk Road server without a warrant and violated his client’s privacy. Judge Forrest disagreed, saying that because Ulbricht never claimed ownership of the server—a move that would admit his guilt—he couldn’t claim his privacy had been violated.

“Justice is not being served,” the site reads. “Ross Ulbricht is a hard working honest man who is now a fall guy that the US government decided to choose because he had a large amount of bitcoins, a currency they are doing everything in their power to make illegal.”

Judges and other court staff are protected by U.S. Marshals with assistance from the FBI. It’s unclear how exactly this doxing took place, but many judges don’t take the necessary precautions to protect their data online. If federal law enforcement begins investigating a direct threat against a judge’s life, however, that is likely to change.