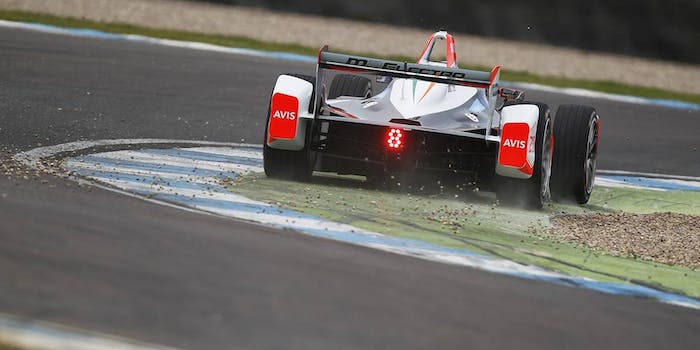 Check out the screeching, Earth-shattering sounds of the new Formula E cars

New video shows off the pulsing sounds of the Formula E racing cars.

Electric cars are generally known to be silent, but that’s not the case when it comes to Formula E.

Think of it as Formula 1, but electric. It’s a very new form of high-performance racing that’s wanting to push the boundaries of the medium. While Tesla may boast at how silent its cars are, Formula E is just concerned about one thing: going really fast.

And the Formula E models are different from your standard Formula 1 racers. There are a few different specifications in Formula E. Most notably are decibel levels, which are at a much lower 80. Compare that to Formula 1’s V6 engines, that produce a whopping 134 decibels.

But side by side, the sounds of Formula 1 are tame in relation to Formula E. Like giant RC cars, the sounds are like something out of a futuristic racing video game.

This is definitely going to be a thing soon.