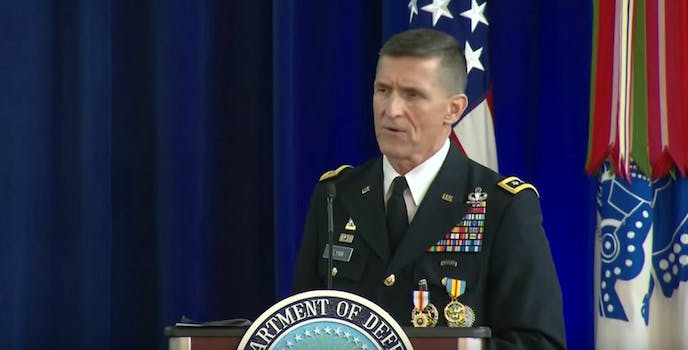 'We’ll figure out on Gen. Flynn what the next step, if any, is,' Sen. Richard Burr said.

Former National Security Adviser Michael Flynn’s lawyer allegedly told the Senate Intelligence Committee that he will not honor a subpoena it issued for private documents, although he may still do so.

Sen. Richard Burr (R-N.C.) spoke with reporters about the denial to hand over the documents on Thursday, according to the Associated Press.

“We’ll figure out on Gen. Flynn what the next step, if any, is,” Burr said. Burr later walked back his position, saying Flynn still had “a day or two” to comply.

The potential denial to honor the subpoena comes amid a harrowing week for the White House in regards to the Russian probe.

While Flynn was asked to resign by President Donald Trump in February after former Acting Attorney General Sally Yates warned the White House that Russia had leverage over him, Flynn was also the center of several major stories that broke on Wednesday and Thursday morning.

NEW–> Senate Intelligence Committee: "General Flynn's lawyers have said he will NOT honor the subpoena." pic.twitter.com/A2lYSkvlkQ

Reuters reported that Flynn and other Trump campaign staffers were in contact with Russian officials at least 18 times during the last several months of the presidential campaign. One of the purposes of the call, according to the report, was to establish a “back channel” between Trump and Russian President Vladimir Putin.

Finally, the New York Times reported that Trump’s administration was aware that Flynn was under investigation for working for Turkey’s government, which he did not disclose at the time, and hired him as a national security adviser anyway.

Update 12:20pm CT, May 18: Sen. Burr has walked back his earlier statement, saying Flynn may still comply. We have updated the headline to align with the most recent information.