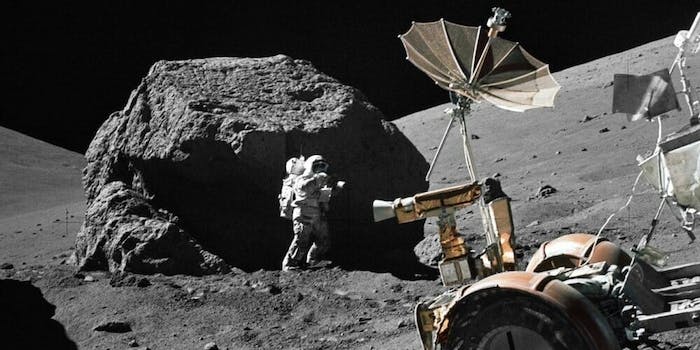 Spaceships and modules and drones, oh my!

One person’s trash is another person’s treasure—and for one Florida resident, that even meant rare footage from the height of the space age.

Yvette Quinn, a former Navy aviation electrician, discovered the documents and images in a neighbor’s trash can several weeks ago, the Verge reports. She told WKMG News 6 she was initially concerned because she noticed a list of aerospace engineers who had secret and top secret clearance and whose Social Security numbers were in plain sight.

Upon further investigation, however, Quinn discovered pictures of early drones, lunar modules, the space shuttle, and a Martin spacecraft, as well as a rare Gemini-Titan II press manual.

The paraphernalia originally belonged to the Martin Marietta Corporation, which specialized in aerospace engineering, chemicals, and electronics during the space race.  They merged with the Lockheed Corporation in 1995 to form the aerospace behemoth Lockheed Martin.

Quinn turned the items over to WKMG News 6, which subsequently donated her discoveries to the American Space Museum in Titusville, Florida.