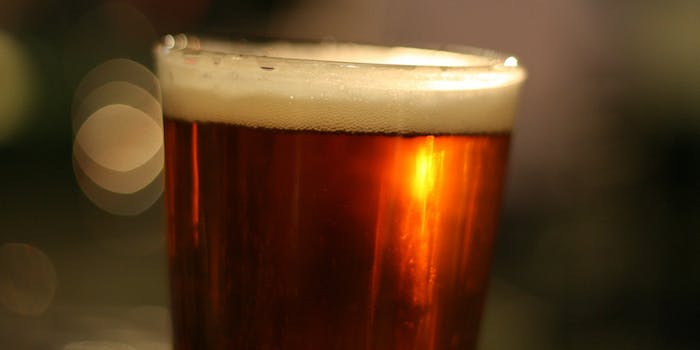 If you’re a beer fan you already know that taste is everything. There are good beers, bad beers, and really bad beers. Unless you plan on drinking until a bad beer starts to taste better, there’s not a whole lot you can do to make a crappy bottle of suds more palatable. A company called Fizzics wants to change that by taking a scientific approach to improving the taste of a brew, and it’s built a machine to make that possible.

The Fizzics machine is fairly simple in design, consisting of a chamber to place a can or bottle of beer and a hose that transports the liquid out through the spout on the front of the device. Once you close the lid and pull the tap forward, the chamber is pressurized to perfectly control the speed at which the machine dispenses the beer.

That’s pretty cool on its own, but the real trick comes when you pull the tap backwards. Once activated in this manner, the Fizzics uses oscillating sound waves to churn out a stream of creamy bubbles, forming the perfect head and greatly enhancing the taste and consistency of the beverage.

Its creators claim that with science on their side, the machine can turn even below-average beers into an enjoyable drink, while making good beers even better. Feedback from various events seems to be largely positive, and with the company’s Indiegogo campaign has topped 150% of its goal in just one week, it seems beer fans are on board as well.