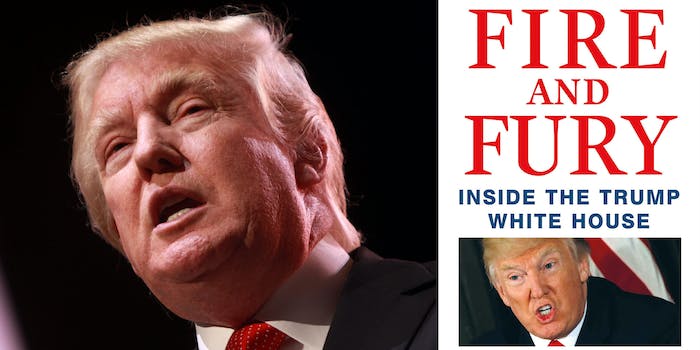 Malware found in pirated copies of ‘Fire and Fury’

Michael Wolff’s Fire and Fury is a seminal piece of news and pop culture, documenting the Trump administration in tantalizing (and questionable) detail, and as with anything that enters the zeitgeist, it’s been ripe for internet piracy.

Now, a researcher at Kaspersky found that a pirated copy of the tell-all may come with an unexpected surprise: malware.

According to the Daily Beast, which first reported on the malware, it’s a relatively benign backdoor that is easily caught by anti-virus systems:

The Daily Beast obtained a sample of the malware, and processed it through an online analysis service, which marked the files as a so-called backdoor. A backdoor may give hackers remote access to a victim’s computer.

It’s not the most exciting or underground malware in the world: A slew of antivirus programs detect the malicious program, according to results from malware analysis site Virus Total.

The piece of malware is not in the actual retail e-book versions. It’s only found on pirated versions floating around the web.