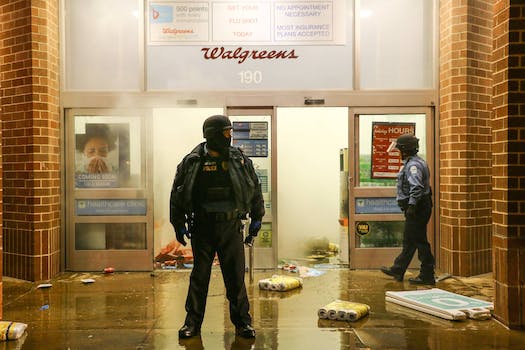 Will the Ferguson Police Department survive?

Following the release of a damning federal report on police misdeeds in Ferguson, Mo., the city’s police chief has resigned, the St. Louis Post-Dispatch reports.

Jackson follows the city manager, a municipal judge, a court clerk, and two police supervisors in leaving their jobs or being fired after the searing report hit.

After a lengthy investigation, the Department of Justice highlighted and criticized a “widespread pattern of violations of the U.S. Constitution and federal law” deeply embedded within the Ferguson justice system, United States Attorney General Eric Holder said in a speech earlier this month.

The report and his comments followed the 2014 police shooting death of Michael Brown.

“It is with profound sadness that I am announcing I am stepping down from my position as chief of police for the city of Ferguson, Mo.,” Jackson said in his resignation letter. “It has been an honor and a privilege to serve this great city and to serve with all of you. I will continue to assist the city in anyway I can in my capacity as private citizen.”

Jackson’s resignation reinforces broader questions about the future of the Ferguson police department. Several neighboring areas have no police of their own and are instead under the jurisdiction of the St. Louis police department. It’s not clear if Ferguson’s department will survive in the long term.

“People feel under assault and under siege by those charged to serve and protect them,” Holder said this month. He described abuses “at nearly every level of the Ferguson Police Department” including “First Amendment abuses, unreasonable searches and seizures, executive and dangerous uses of force, and disproportionate abuse against African-Americans.”

Jackson’s resignation comes after months of urging from both local and federal officials.

The city’s mayor has said he will not resign his post.