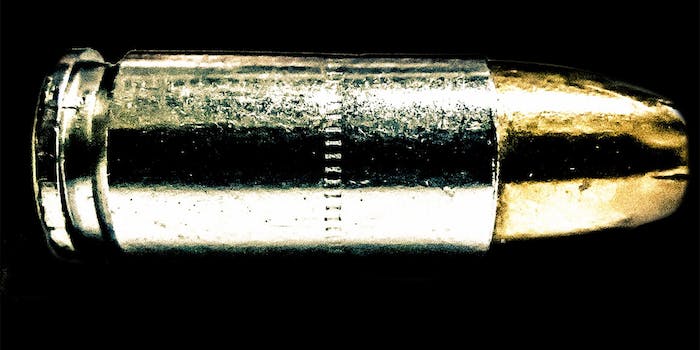 Reporters caught the sound of gunfire on camera.

Multiple news outlets are reporting that well over 100 gunshots have been fired late night in Ferguson, Mo. as protests rage following a grand jury decision to not indict Darren Wilson for the shooting death of Michael Brown.

Shots began being reported around 10:30pm CT and have extended toward midnight.

Unconfirmed reports indicate that shots are being traded back and forth. There are no reports of casualties or of the source or nature of the gunfire, whether it was fired at a human being or up in the air.

In addition to gunfire, multiple buildings and cars have been engulfed in flames.

Even the news media has not been immune to the chaos—as CNN anchors were tear-gassed, and Fox News reporter Steve Harrigon’s camera was broken.