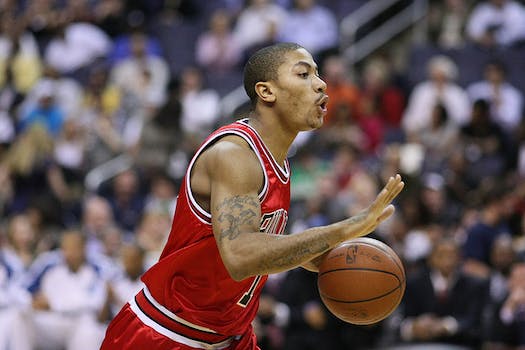 Athletes are using their stage to protest police brutality

There are few bigger stages for speech than sports.

As thousands of protesters continued to march in cities around the United States, several major athletes around the world have made loud political statements following a grand jury’s decision to not indict a New York police officer for the choking death of Eric Garner.

Chicago Bulls star Derrick Rose wore “I Can’t Breathe” on his T-shirt during pre-game warmups on Saturday night. Chicago, America’s third biggest city, has been the site of extensive protests over the last several weeks since the grand jury decisions in Ferguson and New York City.

LeBron James, the biggest basketball star of this generation, expressed concern about incidents of police brutality last week: “This is our country, the land of the free, and we keep having these incidents happen, innocent victims or whatever the case may be.”

Two days ago, as protests first broke out, New York Knicks center Amar’e Stoudemire said he was “pretty upset that I’m not protesting right now with the rest of the guys out there in New York,” because he was on road trip with his team.

New York Jets defensive tackle Sheldon Richardson, who grew up near Ferguson, Mo., said last week he was “surprised” about the Garner decision because “a guy got murdered and a guy got off for it and it’s just that simple. And it just happened out here in New York too. It’s not just in St. Louis. It’s pretty bad everywhere now. So much for the justice system.”

In Germany’s top soccer league, Bundesliga, Nigerian Anthony Ujah wore an undershirt with the words “Eric Garner #CantBreathe #Justice” written in marker, which he revealed during the game.

Last week, five players on the NFL’s St. Louis Rams opened their game with “Hands up, don’t shoot” gestures to protest a grand jury’s decision to not indict officer Darren Wilson for shooting and killing Michael Brown in August.