These 13 new emoji represent diversity of professional and personal interests.

Emoji sorely lack the full spectrum of professional and personal interests, especially for women. A proposal from a group of Google employees might be a solution.

In a proposal presented to the Unicode Consortium, the organization that determines what emoji wind up in all our mobile devices, the group debuted 13 new emoji to reflect the diversity of professional opportunities available to women, from doctors to musicians (with a nod to David Bowie.) 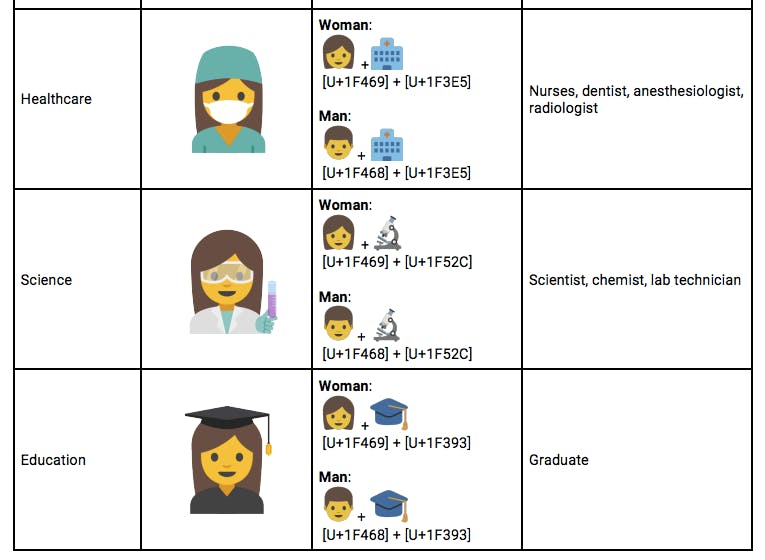 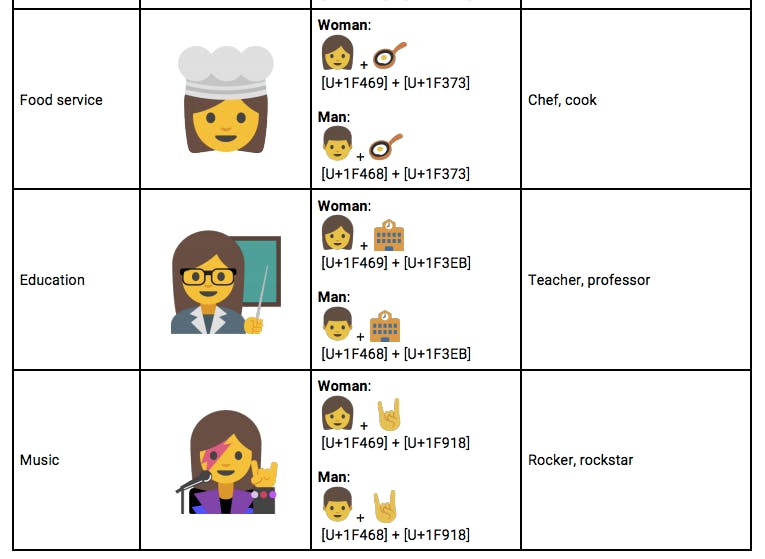 There’s a growing push to include more women in the emoji line up. Earlier this year, feminine care brand Always surveyed a group of young women to determine whether they felt emoji represented the diversity of their interests and activities. As part of the #LikeAGirl campaign, the survey found 54 percent believe the current crop of female emoji are stereotypical and 67 percent think they’re limiting to what girls can do. Even first lady Michelle Obama chimed in:

Hey @Always! We would love to see a girl studying emoji. Education empowers girls around the world. #LetGirlsLearn #LikeAGirl

Shortly after the campaign launched, the Unicode Consortium proposed to let people switch the gender and hair color of emoji, thus opting to make police or running emoji female. But the group of Googlers says that adding a broader range of professions will better empower young women, who use emoji more than men.

The group cites an AdWeek report that breaks down the demographics of emoji users: 78 percent of women use emoji several times per week, compared to just 60 percent of men. The proposal says the 13 emoji should be adopted in order to better reflect the professional spectrum and opportunities and representation of the most frequent emoji users.

No matter where you look, women are gaining visibility and recognition as never before. Isn’t it time that emoji also reflect the reality that women play a key role in every walk of life and in every profession? …

For millions of people around the world, emoji are an important means of communication — and a strong representation of culture. Yet the roles of people in the workplace cannot be communicated with emoji. This is especially true for women.

The emoji—which would come in both both male and female versions—would be displayed by combining characters that already exist instead of encoding a new set of 26 characters. For instance, the software engineer would be coded with a woman plus a computer, and food service worker would be a woman plus a frying pan. Other emoji include farmer, office worker, factory and assembly line workers, scientist, graduate, mechanic, and teacher.

The group’s goal is to standardize a path to implementation of these emoji by the end of this year.