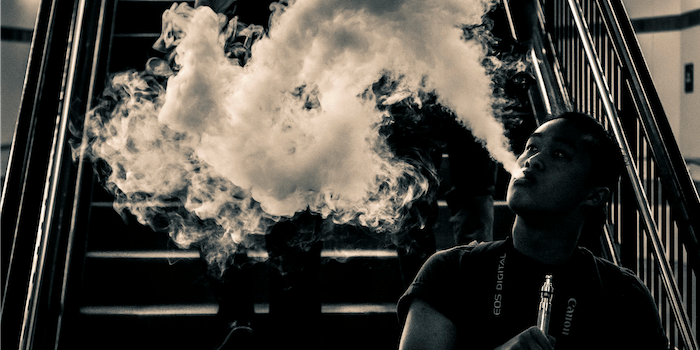 The FDA just gave a huge gift to e-cigarette makers

You can still smoke 'em if you got 'em.

Nobody seems to know for sure if e-cigarettes are healthier for tobacco enthusiasts than actual cigarettes. According to a long-term study released in February, researchers concluded that vaping is safer than smoking cigarettes. But in April, another study showed that the DNA damaged caused by e-cigarettes was just as harmful as regular cigarettes.

The Food and Drug Administration, though, weighed in Friday, and it seems that it’s leaning toward the idea that if people are using tobacco, it should be in the form of vaping.

According to the FDA in a newly released plan that it will use to help reduce tobacco-related disease and death, the agency said a key piece of its plan is recognizing that nicotine is most harmful when delivered via combustible cigarettes.

The good news for vapers is that the FDA is extending a deadline that would force e-cigarette products to be regulated in the same way as combustible tobacco products.

As Engadget notes, the FDA last year ruled that any e-cigarette or vaping product released after Feb. 15, 2007 would be subject to the same rules as other tobacco products in order to get FDA approval, which could be a long and time-consuming process. Wrote Engadget: “That was significant as that would include pretty much every vape liquid on the market today, most of which are made by small independent businesses (and not ‘Big Tobacco’).”

But Friday’s announcement said that applications for non-combustible tobacco products, including electronic nicotine delivery systems and e-cigarettes, don’t have to be submitted until 2022. That means the vaping industry has about five years before it’ll be fully regulated by the FDA.

These revised timelines will afford the agency time to explore clear and meaningful measures to make tobacco products less toxic, appealing, and addictive, such as:

The FDA’s goal is to lower nicotine levels in cigarettes so it won’t create or sustain an addiction but still allow adults who want the nicotine to get it “from alternative and less harmful sources.”

“It’s a real bombshell,” Oliver Kershaw, the co-founder of Vaping.com told Engadget. “On a pragmatic level, it just makes sense, it appears to be a joined-up strategy for moving people away from cigarettes to healthier alternatives.”