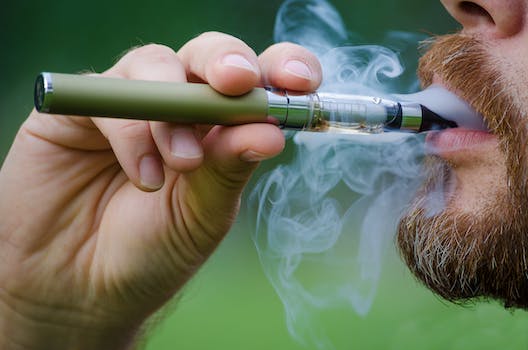 In April researchers at the University of Connecticut released a study that claimed e-cigarettes could be “potentially as harmful as tobacco cigarettes” when it comes to causing DNA damage.

“From the results of our study, we can conclude that e-cigarettes have as much potential to cause DNA damage as unfiltered regular cigarettes,” Karteek Kadimisetty, a postdoctoral researcher in UConn’s chemistry department, told UConn Today.

But before you put down your e-cig, there are a few things you need to consider.

E-cigarettes are largely considered by scientists to be a safer option to smoking tobacco, which has been linked to nearly 30 percent of all cancer deaths. In February, Cancer Research UK released the first long-term study to explore the effects of e-cig smoking by looking at body-level exposure. The study discovered that participants who only smoked e-cigs had significantly lower levels of carcinogens, or agents in causing cancer, in their systems.

“Research in humans has shown that those who make a complete switch from smoking to e-cigarettes will significantly reduce their exposure to the harmful chemicals in tobacco smoke,” said Carl Alexander, Cancer Research UK’s health information officer.

One study after the next has reached a similar conclusion. So it’s not surprising when studies with contradictory findings are met with skepticism. UConn’s study, which used an untested 3D-printed device, has come under heavy fire since it was released.

Bryan Clark, writer at the Next Web, criticized the research, suggesting it was conducted for financial incentives rather than to discover the truth behind a serious issue. He says the study is irresponsible for advertising its own testing product instead of directing people to more accurate alternatives.

“It’s hard to believe UCONN’s motives are completely altruistic, but even if it doesn’t intend to profit from the machine there’s still a heavy financial incentive,” Clark wrote. “There’s incentive in the attention it draws to the university, an increase in research funding from government grants and private backers, and the potential to capture young minds who’ve yet to decide which institution they’d like [sic] make loan payments to for the next decade-plus. No [sic] to mention it reads like a sales pitch.”

But what about the validity of the study itself, which Clark called “mostly sound”?

In the research paper titled, “Automated 3‐D Printed Arrays to Evaluate Genotoxic Chemistry: E‐Cigarettes and Water Samples,” UConn researchers describe how they created an “artificial inhalation technique” to simulate the effects of smoking an e-cigarette. They used tubing to connect a syringe to both a standard cigarette and e-cigarette, and plugged the tip of a pipette with cotton to trap chemicals as smoke passed through it.

They then set 20 puffs per e-cigarette equivalent to one tobacco cigarette (a number in line with most tests), and went about testing three known carcinogens using 20, 60, and 100 puffs. They discovered that nicotine e-cigs and unfiltered cigarettes are equivalent to “quite significant” levels of potent tobacco carcinogen.

“I never expected the DNA damage from e-cigarettes to be equal to tobacco cigarettes,” Kadimisetty told UConn Today. “I was shocked the first time I saw the result, so I ran the controls again. I even diluted the samples. But the trend was still there—something in the e-cigarettes was definitely causing damage to the DNA.”

Clark pointed out that the puffs used in the e-cigarette test may not have come from actual liquid, so-called dry burn. This is when an e-cig has dried out and starts to burn the wicking device inside, leading users to inhale actual smoke. James Rusling, a professor in the department of chemistry at UConn, and overseer of the study, clarified to the Daily Dot that the test did not use dry burn puffs, and that the study was simulated “exactly as e-cigs are used.”

“We fully stand by the rigorous methods we used.” Rusling wrote in an email.

Whether the electronic cigarettes were tested with dry burn or not, e-cigarettes could still have a significant impact on certain DNA in a controlled lab. But that wouldn’t necessarily mean it has the same affect on humans.

That brings us to UConn Today’s article “E-cigarettes ‘Potentially as Harmful as Tobacco Cigarettes.’” While it would be just as irresponsible to suggest e-cigarettes aren’t capable of causing potential health complications, the misleading headline shows just how important it is to read through every available study before making a decision about smoking e-cigarettes.