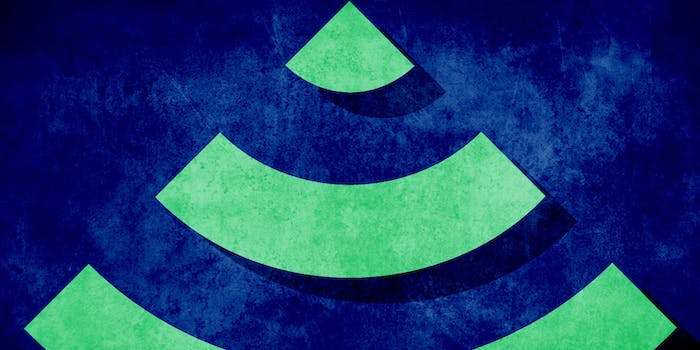 The Federal Communications Commission today released the new net neutrality rules that it voted 3-2 to approve on Feb. 26.

The FCC‘s Open Internet Order reclassifies broadband Internet under Title II of the Communications Act. This gives the agency the legal standing to enforce broader regulations on Internet service providers, including preventing them from blocking access to legal websites or charging content providers like Netflix for Facebook extra in order to operate at full speed.

“The American people reasonably expect and deserve an Internet that is fast, fair, and open,” FCC Chairman Tom Wheeler said in a statement. “Today, they get what they deserve: strong, enforceable rules that will ensure the Internet remains open, now and in the future.”

You can read the full 400-page release below.

Reactions to the FCC’s rules are, predictably, divided, with pro-Title II advocates celebrating the reclassification and anti-regulation conservatives decrying it as a big-government tourniquet on innovation and business.

“The FCC has restored the principle of common carriage for Internet access, the most vital two-way communications platform of our time,” Free Press policy director Matt Wood responded. “These rules provide the nondiscriminatory access and free speech protections that millions of Internet users have called for—and that every Internet user needs. Anyone who believes that Internet users—and not Comcast, Verizon, and AT&T—should control online communications should applaud the FCC’s action.”

Ajit Pai, the top Republican commissioner at the FCC, published his dissent to what he called “President Obama’s plan,” a reference to the accusation that the FCC was unduly influenced by the White House in the creation of net neutrality regulations.

At long last, the FCC has published President Obama's plan to regulate the Internet. Here's my dissent. http://t.co/7Xpi5A6y4e

“The Commission’s decision to adopt President Obama’s plan marks a monumental shift toward government control of the Internet,” Pai wrote. “It gives the FCC the power to micromanage virtually every aspect of how the Internet works. It’s an overreach that will let a Washington bureaucracy, and not the American people, decide the future of the online world.”

Shortly after the FCC passed the vote, Republicans introduced a bill that would reverse the entire effort. America’s largest Internet service providers have said that future legal action—”inevitable” lawsuits—depend on exactly what is in the documents released today by the FCC.