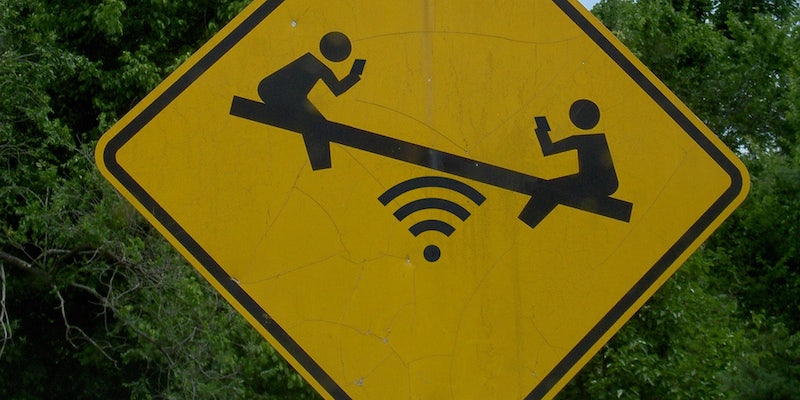 This is a big win for Comcast

Last year, the FCC made a bold push to let cities and counties around the county make significant investments in their high-speed internet infrastructure. On Wednesday, a trio of federal judges dealt that effort a major setback.

The Federal Communications Commission issued a ruling in February striking down laws imposed by the state governments of Tennessee and North Carolina that limited the expansion of municipal broadband networks set up by cities in those states. “There are a few irrefutable truths about broadband,” FCC Chairman Tom Wheeler said at the time. “One is, you can’t say that you’re for broadband and then turn around and endorse limits on who can offer it. Another is that you can’t say you want to follow the explicit instructions of Congress to ‘remove barriers’ … but endorse barriers on infrastructure investment.”

In this week’s court decision, a panel of judges on the U.S. Court of Appeals for the Sixth Circuit invalidated the FCC’s actions, arguing that the agency lacked the statutory authority to effectively invalidate state law.

As the judges wrote in a unanimous decision:

“The FCC order essentially serves to re-allocate decision-making power between the states and their municipalities. This is shown by the fact that no federal statute or FCC regulation requires the municipalities to expand or otherwise to act in contravention of the preempted state statutory provisions. This preemption by the FCC of the allocation of power between a state and its subdivisions requires at least a clear statement in the authorizing federal legislation. The FCC relies upon Section 706 of the Telecommunications Act of 1996 for the authority to preempt in this case, but that statute falls far short of such a clear statement. The preemption order must accordingly be reversed.”

Section 706 of the Telecommunications Act mandates the commission “encourage the deployment on a reasonable and timely basis of advanced telecommunications capability to all Americans … [by promoting] competition … [and removing] barriers to infrastructure investment,” which the FCC believed was sufficient to strike down the state rules.

It was, apparently, not a line of reasoning the court found convincing.

Christopher Mitchell of the Institute for Local Self-Reliance, a group that advocates for the expansion of municipal broadband projects and filed a friend of the court brief in the case supporting the FCC’s position, expressed disappointment over the ruling.

“We thank the FCC for working so hard to fight for local authority and we hope that states themselves will recognize the folly of defending big cable and telephone monopolies and remove these barriers to local investment,” Mitchell said in a statement. “Communities desperately need these connections and must be able to decide for themselves how to ensure residents and businesses have high quality Internet access.”

Proponents of municipal broadband argue that, because there is relatively little direct competition among major, private broadband providers, it’s imperative for local governments to step up and fill in gaps in the marketplace. The municipal broadband network in Chattanooga, Tennessee, which this week’s court decision limited from expanding to serve neighboring communities, is widely considered one of the best broadband networks in the country.

Not everyone was upset by the ruling, of course. “As Tennessee and North Carolina rightly argued, Congress never empowered the FCC to dictate how states regulate the telecom offerings of local governments,” Ryan Radia of the libertarian Competitive Enterprise Institute said in a statement. “Agencies should not preempt state powers unless Congress has made its intention to let them do so extremely clear—and Congress expressed no such intention when it came to the FCC’s powers over the internet.”

Tennessee and North Carolina aren’t unique in having passed laws putting hurdles in the way of cities and counties developing their own municipal broadband networks. At least five states have rules prohibiting government-built or -operated broadband networks, and at least 15 more have restrictions or regulations in place making the deployment process more difficult.

In Alabama, for example, state rules prevents municipal broadband services from using local taxes to pay start-up costs. In Nevada, only cities under 25,000 people and counties under 55,000 people are able to build municipal networks. In Texas, public agencies aren’t even allowed to partner with private firms offering internet service to the public. In California, only public utilities are allowed to create municipal broadband networks and, even then, only when no private entire is willing to provide service to the area—meaning that if a utility builds a network and a private firm enters the area, the utility is required to sell the network it spent years building to the private firm, almost certainly at a loss.

The FCC targeted the laws in Tennessee and North Carolina first because it was widely believed at the time that going after rules limiting the expansion of already existing municipal broadband service had the best chance of surviving a legal challenge.

These laws restricting municipal broadband service are the result of aggressive lobbying for telecom firms, which don’t want to have to deal with direct competition from government entities that can use the inherent advantages of being part of the state to make deployment and maintenance easier—such as the ability to subsidize operating losses with tax revenue or municipal bonds.

Model legislation restricting municipal broadband has been offered by the American Legislative Exchange Council, a conservative nonprofit that crafts pieces of generic, pro-business legislation that can then be easily introduced by state lawmakers with minimal additional effort.

As Ars Technica reports, the FCC has a few options in how to proceed. The agency can let the matter rest and admit defeat, or it can request an en banc review before the full Sixth Circuit or appeal the decision to the U.S. Supreme Court.

“The FCC’s mandate is to make sure that Americans have access to the best possible broadband,” FCC Chairman Tom Wheeler said in a statement about this week’s decision. “We will consider all our legal and policy options to remove barriers to broadband deployment wherever they exist so that all Americans can have access to 21st Century communications.”