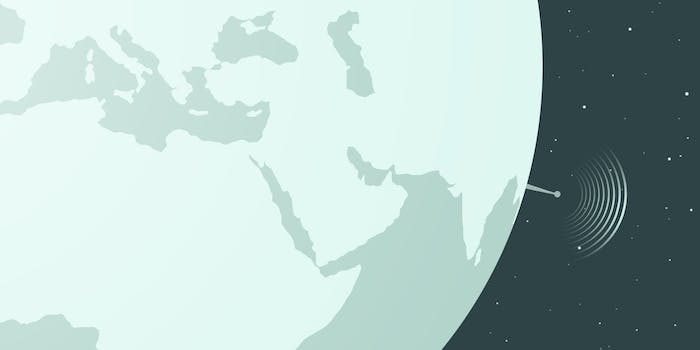 Now that the FCC has laid down the hammer and declared that Internet service providers can’t call anything slower than 25 megabits per second (Mbps) downloading and 3Mbps uploading “broadband,” there’s an interesting fallout. Namely, ISPs can’t actually claim they’re providing many of their customers broadband anymore.

A new study by infographics creator Silk, using data culled from the Federal Communication Commission’s own broadband report, Internet metrics analyst site Netinex, and the National Broadband Map, puts together a list of the dozen states are now, technically speaking, averaging download speeds too slow to count as broadband.

If you look at just rural parts of the country, it’s even worse. Aside the fact that no one in the any part of the U.S. unincorporated organized territories American Samoa, Guam, and the Northern Mariana Islands now has access to broadband, that’s also true of at least 80% of residents in rural parts of Alaska, Arkansas, Arizona, Montana, Oklahoma, Montana, Texas, and Vermont. There’s only five states where that number is flipped, and at least 80% of rural residents still have broadband, and they’re all in the northeast: Connecticut, Delaware, Massachusetts, New Jersey, and Rhode Island.

Unsurprisingly, urban America fares much better. More than half of the states in the country offer broadband service to at least 95 percent of their city-dwelling residents, including California, Florida, Georgia, Indiana, Iowa, Maryland, Massachusetts, Michigan, Nevada, New Hampshire, North Carolina, Tennessee, and Utah, as well as Washington, D.C. At least 13 states bump that to 99 percent, including Connecticut, Delaware, Hawaii, Illinois, Minnesota, New Jersey, North Dakota Oregon, South Dakota, Washington, and Wisconsin. New York and Rhode Island both can round their urban access to actual broadband to 100 percent.

The real winners, of course, are the few parts of the country where both the super high-speed Google Fiber and traditional ISPs, like AT&T and Time Warner Cable, are actually competing for their business: places like Kansas City and certain areas of California, Georgia, North Carolina, Tennessee, and Texas.