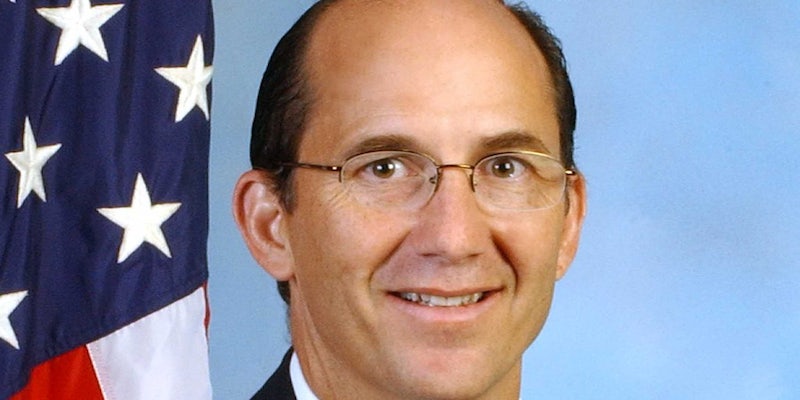 "Without the 702 tool, we would not have identified Najibullah Zazi."

The FBI claimed Tuesday that only through PRISM has it been able to stop select terrorist attacks.

Which is noteworthy, because the government doesn’t like to use the word “PRISM” in public.

PRISM, still only somewhat understood, was revealed by whistleblower-on-the-run Edward Snowden as the secret tool the NSA uses to track Internet communications. It’s no secret that government officials, including President Obama, the FBI, the NSA, and members of Congress, have defended PRISM as both legal and useful for finding terrorists before they strike. But those groups have resolutely refused to call the program by that name.

Instead, they’re referring to it as “the 702 tool,” a nod to the section of the Foreign Intelligence Surveillance Act (FISA) that makes it legal. That’s left a few questions dangling: Is PRISM just one of many secret programs? Is the government actually talking about PRISM at all when it talks about section 702?

In an open House Intelligence Committee hearing Tuesday (they’re almost always closed), NSA director General Keith Alexander said of his agencies’ programs, and in conjunction with the FBI, that:

[I]n recent years, these programs, together with other intelligence, have protected the U.S. and our allies from terrorist threats across the globe…to include helping prevent the terrorist events over 50 times since 9/11

But that’s not the same as saying PRISM specifically led to saving the U.S. from attacks. Alexander said that his agency might raise that number past 50 as it reevaluates some cases, but only ten of those thwarted attacks were on U.S. soil. And more importantly, considering the widespread public outrage against PRISM, that doesn’t necessarily mean the NSA needed that program to do its job.

It was only after the hearing had dragged on for more than an hour that Rep. Mike Thompson (D-Calif.) said the P-word and got a straight answer from an intelligence official. Asking about remarks President Obama had made in an interview the night before about Najibullah Zazi, who in 2009 attempted to bomb the New York City subway system, Thompson said:

“The president suggested in his television interview that the New York subway bomber would not have been caught without PRISM.”

“Yes, that is accurate,” Joyce answered. “Without the 702 tool, we would not have identified Najibullah Zazi.”

That doesn’t mean, of course, that PRISM is the only program that the NSA and FBI have developed under section 702. But at least we finally know it’s one of them.

Photo of Joyce via Wikimedia Commons