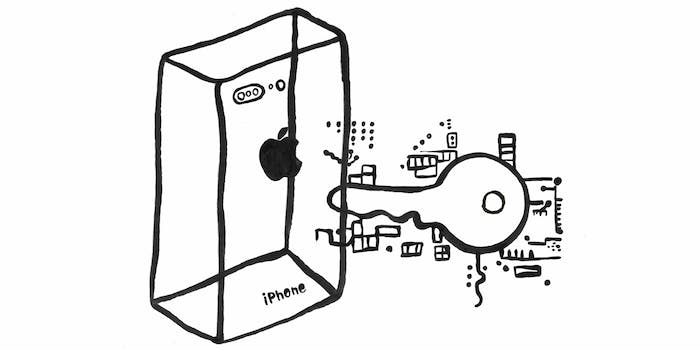 Texas shooting renews battle between the FBI and Apple [Updated]

They have very different stories.

A budding conflict between the FBI and Apple to unlock an encrypted iPhone might have been avoided if the law enforcement agency had acted sooner.

The FBI wants to search for crucial information on the phone of Devin Kelley, who killed 26 people in Sutherland Springs, Texas, on Sunday. But the agency says encryption technology is preventing it from doing so. The FBI voiced its frustration in a news conference Tuesday, blaming Apple without mentioning it by name: “Law enforcement, whether that’s at the state, local, or federal level, is increasingly not able to get into these phones.”

We now know the shooter owned an iPhone, though the type and operating system version have not been disclosed.

Apple refuted the FBI’s timeline following the incident, claiming it reached out to authorities “immediately” to offer assistance and expedite its response to any legal process. A report from Reuters claims the FBI did not seek Apple’s help during a critical 48-hour period when Kelley’s fingerprint could have been used to unlock the phone with Touch ID. After that period, the phone locks itself and asks for a user’s passcode.

It’s not clear why the FBI delayed its efforts, though a report from the Washington Post claims the agency didn’t seek help from Apple because it was searching for another way to access the phone’s data at its lab in Quantico, Virginia. If the two had worked together in the first few days after the shooting, the device would likely have been unlocked.

The feud mirrors the aftermath of the San Bernadino attack when authorities pressured Apple to “bypass or disable” the auto-erase feature on the shooter’s iPhone 5C. iPhones can be configured to erase themselves after 10 failed password guesses. Magistrate Judge Sheri Pym ordered Apple to design software that bypasses  security measure that prevents the FBI from flooding a phone with password guesses, a technique called “brute-forcing.”

Apple stood its ground, claiming the creation of such a tool would compromise the privacy of its users. CEO Tim Cook responded with a strongly worded letter to customers, calling the government’s demand “chilling.”

The heated situation stopped short of its climax when the FBI withdrew from the court battle after a third party offered it a technique to access the phone’s data. The agency did not disclose how much it paid for the service, who supplied it, or how it works. It’s not clear whether the workaround gives the government access to Kelley’s phone.

While Apple will comply with a warrant for data from Kelley’s iCloud storage account, the FBI doesn’t have a way to access information from the device once it’s locked out. If its experiments for unlocking the phone fail, it will have to decide whether it wants to take Apple to court again, a move that would surely rekindle a national debate on the issue of encryption.

Update 11:18am CT, Nov. 17: Texas authorities served Apple with a search warrant on Nov. 9 seeking digital photos, messages, documents, and other data from Kelley’s iPhone SE and iCloud account, according to the San Antonio Express-News.

Apple already said it would comply with a search warrant for all iCloud data. However, if the San Bernadino incident is anything go off, Apple will be resistant to providing access to data stored on the device itself. Apple told the San Antonio Express-News is does not comment on law enforcement matters.

Texas police also obtained a search warrant for an LG brick phone that was found at the scene.