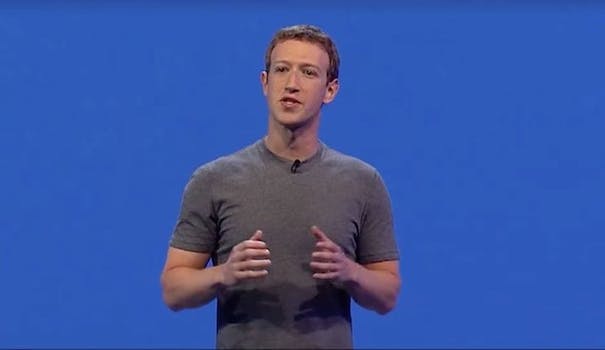 Yes, this is Facebook's actual response to accusations of bias.

Face of Facebook Mark Zuckerberg has been in damage control mode all week.

A Gizmodo exposé revealed on May 9 that the social media company may have been suppressing conservative news from its Trending Topics section.

Zuck offered to meet with conservative leaders on Friday in an attempt to smooth things over. Facebook has also attempted to address the controversy on the biggest media platform it has available—its own.

The response is basically, “actually, we at Facebook think conservatism is very good!”

Joel Kaplan, a former senior aide in the George W. Bush administration, is Facebook’s current VP of Global Public Policy. When he joined Facebook in 2011 as head of the D.C. office, his hire was seen as a way to shore up Facebook support from Republicans,” according to the Washington Post.

Five years later, that’s exactly the role he’s been called upon to fill in the aftermath of the Facebook trends scandal.

“Facebook has always been a place where anyone can share their opinions and engage in discussion. And it especially matters to me. I’m Facebook’s VP of Global Public Policy, and I’m also a Republican and a conservative. We have a team that works to help ensure that everyone, including Republicans, can optimize their use of Facebook in communicating with constituents and fans. The leader of that team is Katie Harbath, a longtime Republican adviser and digital strategist.”

In other words, Facebook’s defense is that conservatives should definitely not turn on Facebook for suppressing their favorite news sources, because Facebook leadership is so conservative and Republican itself.

In case you were wondering whether Zuckerberg endorses this message, here’s the comment he left on Kaplan’s post:

COO Sheryl Sandberg is also leaning into this particular spin:

But it’s not like Zuckerberg has put his money where Kaplan’s mouth is: He’s a donor to various liberal causes and took a shot at Trump in his recent announcement of Facebook’s 10-year-plan. Meanwhile, Facebook employees asked Zuckerberg in an internal Q&A whether Facebook has a responsibility to use its influence to stop Trump. The question was the fifth most-upvoted in that week’s poll.

Is Facebook biased? Heck yes. Any set of algorithms is going to reflect the biases of its creators. It’s unavoidable and maybe not even a bad thing. Is Facebook biased against conservatives? That’s a lot harder to prove.

It might just be biased against shoddy news sites. As Fusion suggests, a policy of not trending something until it has a source that’s not RedState or Breitbart isn’t crazy, it’s just responsible.