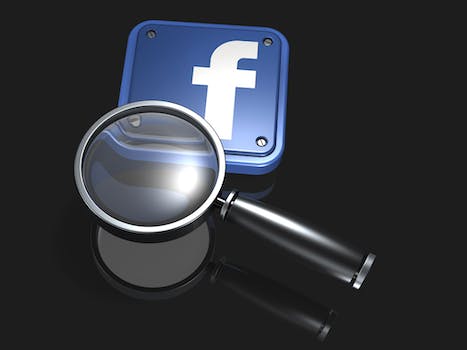 All of your public posts are about to get a whole new audience. Facebook is revamping its oft-maligned search tool by indexing more than two-trillion posts and making them searchable.

Facebook’s mass indexing will turn its search bar into a way to browse the entirety of the social network’s publicly shared content. The move will allow users to look for posts that contain certain terms or are about specific topics. Results will include a collection of top public posts alongside posts from friends. It will also bring forward public posts with a link to show conversations taking place around a particular story.

The move is a continuation of Facebook’s plan to convert the search bar from its original purpose of finding friends to a more universal search for finding just about everything.

The new feature will be available starting Thursday on iPhone, Android, and desktop. Only posts in English will be indexed for the time being, until Facebook ensures the feature works as expected.

All of this stems from Facebook’s need to be a part of the conversation as it happens, which has never been the site’s forte. The aim of this update is to change that by making content outside of your own network more readily available.

It’s hard to not see the mass-indexing of posts as Facebook’s attempt to steal some thunder back from Twitter. But Facebook is playing from behind here, and the task of catching up is always getting tougher as Twitter continues to roll out more features to encourage in-the-moment engagement like Moments.

The thing is, Twitter has always been a platform built to try to encourage conversation. Hashtags let people who aren’t friends congregate around a topic. Facebook, on the other hand, is viewed more as a walled garden. It’s you, your friends, and the things you like. If you don’t have the proper privacy settings, you might be open to some unwanted comments.

While Facebook positions the move in a positive light—you’ll be able to see what real people are saying about current events!—there are assuredly concerns about what embarrassing posts of yours might suddenly be for public consumption. There are two-trillion posts being indexed; a few are bound to belong to you.

There are some steps you can take to ensure your posts remain private, should you prefer to keep up the barrier between your Facebook profile and the outside world.

Controlling who sees your posts

Facebook gives you easy access to your privacy settings via the Privacy Shortcuts menu. From there, you can control who can see your stuff with the aptly named “Who can see my stuff?” menu. The default is either public or just visible to friends, but you can exert much more control if you’d like.

Beyond the public or friends-only option, you can select to share with a defined group of people or keep a select few from seeing any of your posts. You can even make it so only you can see the post, which seems like a strange decision but hey, you do you.

If you’re more of a micro-manager, you can wield the same control on the settings of each individual post you make. The option to change a post’s visibility will appear next to the “Post” button. Just note that if you do this, Facebook will assume you want this to be your default setting. So if you make one post public to add it to the zeitgeist, all posts going forward will also be public until you change the setting back.

What you can do about old posts

Back in the “Who can see my stuff?” menu, you’ll find two ways to address your past posts. The easiest is the umbrella option, the “Limit Past Posts.” If it doesn’t appear in the menu (and it might not, because Facebook would really rather you didn’t do this), you can access it by going into the full Setting menu and clicking the Privacy tab.

Alternatively, you can go through every publicly visible action you’ve ever performed on the site with the Activity Log and change each and every one on an individual basis. This is also a great way to limit new posts you make to Facebook because you’ll never have time to do anything ever again if you go this route.

Facebook’s index updates in real time, so the setting of your posts will immediately be reflected in the search bar.

What will still be public

Even with all of the controls Facebook provides, keeping everything out of the public’s eye is really difficult. You might be able to manage your own posts, but your friends can still blow up your spot by tagging you in posts.

You can manage how photos you’ve been tagged in appear on your own Timeline through the Timeline and Tagging tab in your settings, but you can’t stop people from mentioning you in a post or tagging you in their own picture. You can, however, require approval before a tag takes effect by enabling the “review tags” option.