Here’s what Facebook users were thankful for this Thanksgiving

What were you most thankful for this Thanksgiving? Your awesome new job? Your family? Your friends? The news that there’d be a Breaking Bad spinoff? Either way, you probably weren’t alone. Facebook has compiled an infographic of the things people were most thankful for during this holiday season.

To compile their graph, Facebook culled anonymous status updates from English-speaking Facebook users, all of which contained the keyword “grateful” or “thankful.” The graph was inspired by Facebook friends challenging each other to “write three things you’re thankful for over the next 5 days” leading up to Thanksgiving. The end result wasn’t all that surprising: 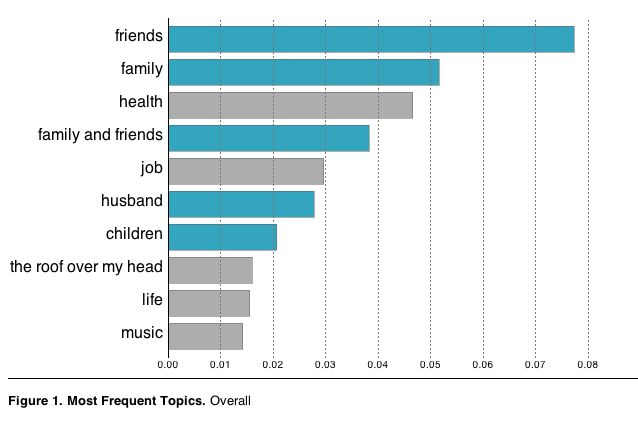 The No. 1 choice was “friends,” closely followed by “family,” “health,” and, shockingly, “family and friends.” Not so surprising in itself, but what was surprising was that 90 percent of those who posted “thankful” status updates were women. Which, as Facebook points out, is not to say that women are inherently more grateful than men, but it does mean that women are probably more likely to participate in these types of Facebook challenges. Why were Kansasians most thankful for “Google”? Frankly, your guess is as good as mine.