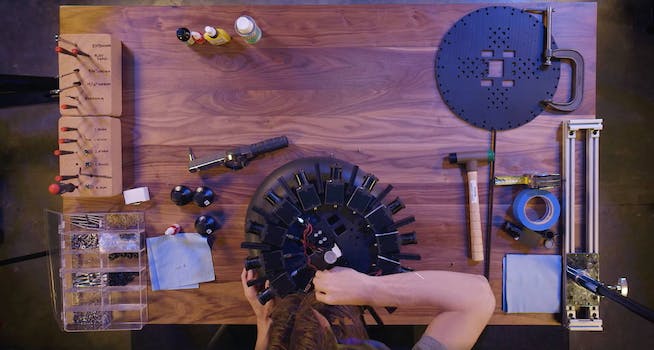 A camera is ready for its close up.

Facebook already has a reputation as the all-seeing eye of the internet with everything people share on the social network, but it’s really embraced the idea with its 360-degree camera rig.

The social networking company first revealed the Facebook Surround 360 on stage at its F8 developer’s conference earlier this year, but the engineering team behind the device provided a look at the inner workings of the rig in a video posted—where else?—to its Facebook page.

It’s not too often Facebook gives a look at what happens behind the scenes within the company, but the Surround 360 is a bit of a different beast; it’s an open-source project, and the company has invited all comers to provide their own take on the design.

Facebook officially put the camera design and software behind it on GitHub, making good on the promise it made at F8. Of course, it’s still not exactly a project for everyone. It’ll cost about $30,000 to recreate the rig.

The price tag is high for a reason. Surround 360 consists of 17 total camera lenses: 14 wide-angle cameras evenly spread around the body, plus one fish-eye camera on top and two on the bottom. The imagery is stitched together by a powerful program that handles the considerable challenge of working with 120 GB of video data per minute.

Facebook’s UFO-inspired camera rig likely isn’t going to fit into the budget of consumers, but the concept could be valuable to content creators who want to make the most of the social network’s ability to host 360-degree video. But even the professionals will have a tough time assembling their own Surround 360 rig at the same speed as the time lapse video.