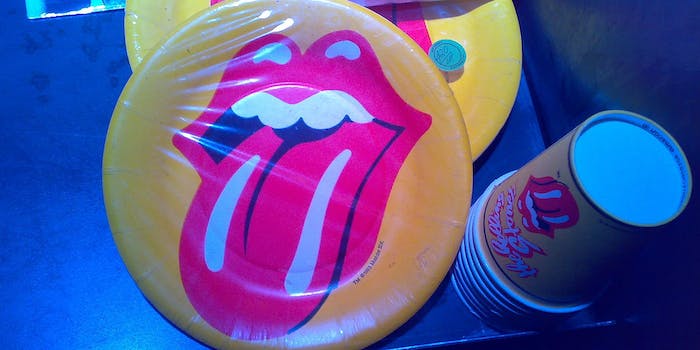 You can’t always get what you want, but Rolling Stones fans are pretty invested in getting tickets to the long-running band’s 2014 concert dates. Many dates are already sold out, or only have expensive VIP seats available. Demand is high, and Stones fans are eager to see their aging rock gods. So much so that they’re falling prey to a scam on Facebook promising free tickets to the shows.

A Rolling Stones fan alerted Sophos Security of a “special offer” cropping up on Rolling Stone fan pages on Facebook. Mick Jagger devotees are getting lured by too-good-to-be-true offers that dangle a free ticket giveaway to the upcoming tour. Users who follow the Facebook link are directed to a website that demands people share its link before they can enter (sign number one that things aren’t what they seem).

Sophos did more digging and discovered that a similar scam is going on for younger Facebook users involving One Direction. Neither scam produces real tickets.

The team didn’t go any further, so it’s not clear whether the end goal is to infect people with malware or simply attract as many clicks as possible. Either way, having sympathy for the devil is one thing, but having sympathy for a scammer will get you nowhere closer to Keith Richards.