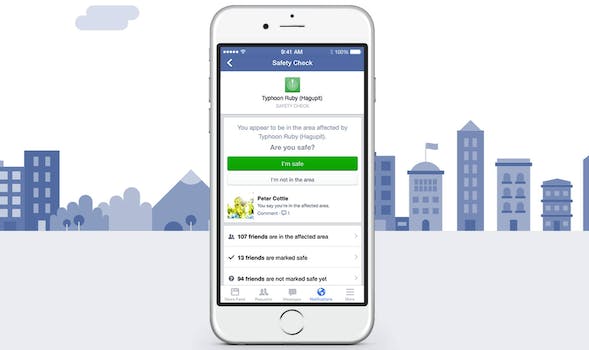 Seriously, this fake news thing is a problem, Facebook.

Fake news—or, more specifically, old news repackaged as new news—was cited alongside the Facebook‘s Safety Check after the unrelated incident of a man appearing atop a government building in Bangkok, Thailand, armed with small explosives triggered the check-in feature.

First deployed in 2014, Facebook’s Safety Check is a straightforward way to let your friends and family know you’re safe if you happen to be in the area of a  terrorist attack, major accident, or natural disaster.

According to the Verge, around 9pm local time, Facebook users in Bangkok saw the site’s Safety Check feature crop up so they could mark themselves safe during a purported “explosion” in the area. The articles accompanying the Safety Check prompt linked back to news of a 2015 bombing in Bangkok—not the man with what was described in a translated BBC report as “giant firecrackers.” Facebook removed the Safety Check alert about an hour later.

The "source" of the @Facebook Safety Check for Bangkok: A fake news site that scrapped stuff from elsewhere…! pic.twitter.com/i6Q2k8XBxP

Despite earlier reports that articles citing the 2015 explosion triggered Safety Check, Facebook later told the Daily Dot that it was activated by the man with the firecrackers, an incident the company says was verified by third parties. The Safety Check activation had “nothing to do with any news on Facebook–real or fake,” the spokesperson said.

“Separately, when people had already checked in as “safe” they were then taken to the activation page where a ‘learn more’ link allowed people to access a list of news sources, of which the stories were outdated, which is not the experience we want people to have. Given there was very limited news coverage of this incident early on and so the articles pulled in were not relevant. This is definitely not the experience we want to give people —the entire point of Safety Check is to be useful and helpful to people in times of need. We are working to make that activation page more robust and better.”

Update 7:55am CT, Dec. 29: Facebook said in a statement to the Daily Dot that Safety Check was “not triggered by fake news” but instead by  an “incident” that “did occur.”

In a statement to the Verge, Facebook added: “Safety Check was activated today in Thailand following an explosion. As with all Safety Check activations, Facebook relies on a trusted third party to first confirm the incident and then on the community to use the tool and share with friends and family.”

Facebook tells the Verge that it is looking into the discrepancy between the Safety Check activation and the list of misleading articles.

Correction: Facebook clarified that the Saftey Check feature was not activated by news reports shared on its nework—including fake or old news—but by the incident of the man with the firecrackers, which the company says it verified with third parties. Unrelated and misleading news articles did accompany the Safety Check feature after users checked in, Facebook said. We have updated our headline and portions of the article to align with the new information provided by Facebook.