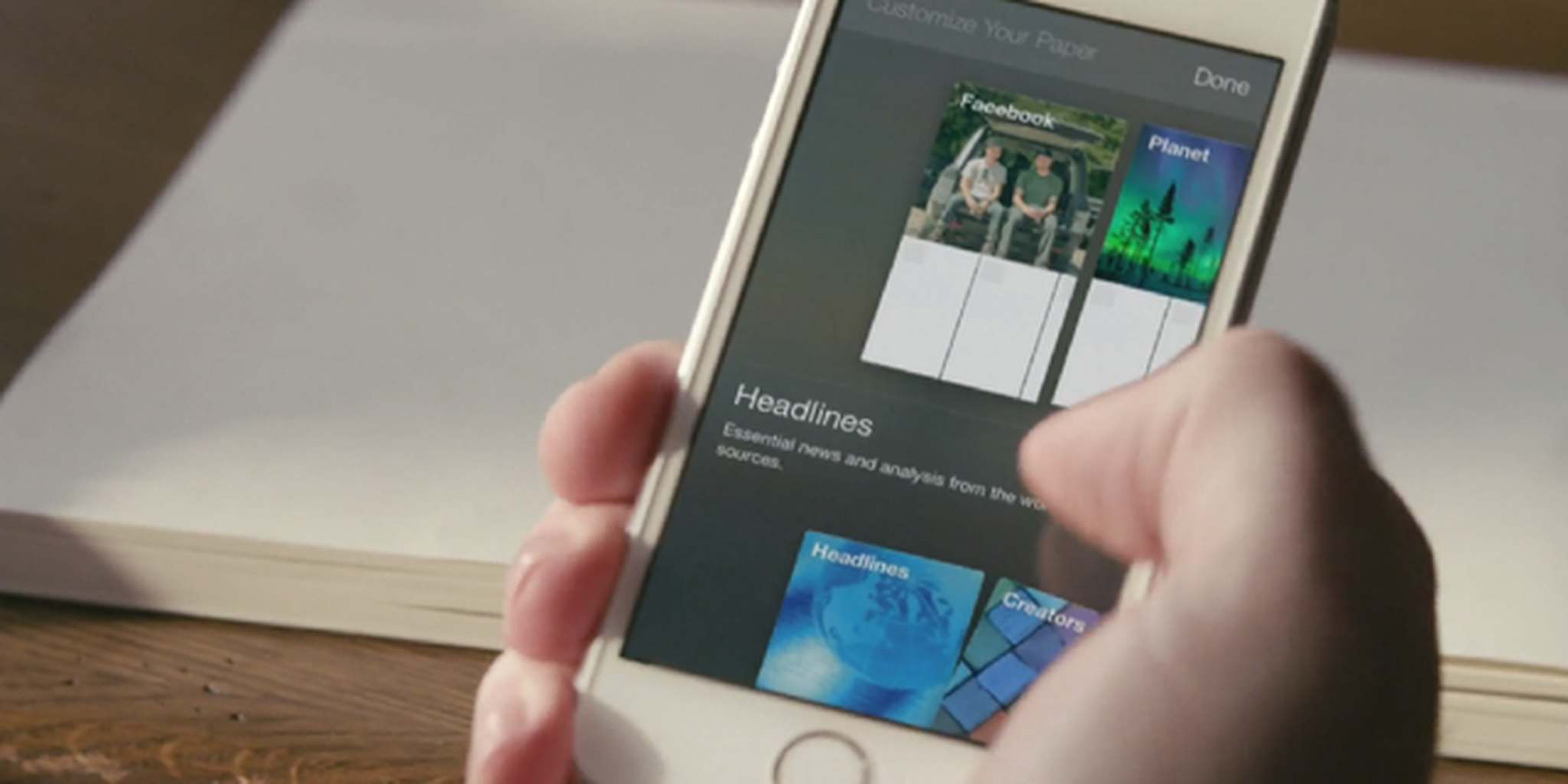 Three years ago my friends decided to start a magazine. They asked other underemployed recent liberal arts majors to help, including me. We deliberated, we obsessed, we fixated on the name of this project, the name that would slingshot us out of post-undergrad drudgery and into some cool, rarefied world of young intellectuals that only existed in our heads. The project never got off the ground; we did choose a name, which we all felt to be deeply correct, but we soon discovered that—alas—there was already a small independent literary magazine with the same name. I was tasked with emailing this rival and asking them to change their name. They did not oblige.

The magazine was never going to work anyway, but it was painful to have finally and confidently christened the project, only to discover someone else had done the same thing, but earlier, and thus better.

So I kind of understand how Facebook’s news reader team must’ve felt when they found out that “Paper” was taken as an app name. The non-Facebook Paper is a well-regarded iOS drawing tool (Apple named in the Best iPad App of the Year in 2012) created by FiftyThree, a startup based in New York and Seattle.

Or maybe I don’t understand, because instead of reaching out to the original name-holders, Facebook just plowed ahead with its project without considering the damage it would do to another app using the same title—an app that supports sharing to Facebook and is a Facebook developer.

FiftyThree was understandably chagrined by Facebook’s decision to give its newest project the same name. Facebook did not reach out to FiftyThree, although it apologized when the original Paper makers confronted the social network about its confusing naming decision. The company’s CEO Georg Petschnigg was blunt about the company’s issue with Facebook’s Paper in a blog post:

“There’s a simple fix here. We think Facebook can apply the same degree of thought they put into the app into building a brand name of their own. An app about stories shouldn’t start with someone else’s story. Facebook should stop using our brand name.”

Talking to Nick Bilton at the New York Times, Petschnigg said the company is keeping its options open about what it will do next.

Facebook is a billion-dollar juggernaut, and it has a winner with Paper. The sleek new app could very well replace Facebook’s current mobile app. It’s a huge, important product. The designers and the team should be proud of what they created. But they cannot, in good conscience, be proud of their app’s name.

Facebook’s Paper is going to hurt other companies with rival products, like Flipboard. That’s inevitable. But it’s troubling that absolutely no regard to crippling a startup like this was given. FiftyThree isn’t a rival, it’s a company that integrates with Facebook. Whenever people hear the words “Paper, app” together from here on out, they’re going to think about Facebook’s elegant news reader, not the older drawing app. Or maybe every other app maker is a rival from Facebook’s perspective.

“Paper” is a good, simple name, but it’s not like the One True Name for Facebook’s app. One might think Facebook would be slightly more sympathetic to this kind of problem; it had to purchase facebook.com for $200,000 when Mark Zuckerberg realized the “the” was unnecessary and confusing.

And yes, the word “paper” is common. So is the word Vine, but you can bet Twitter would be angrier than a cat in a wet sack if Facebook tried to name its new app the same thing. The word “beats” is common, but you’d better believe Dre would not forget about it if Facebook launched a music app with the same name. It’s clearly grounds for a trademark infringement case.

Daily Dot asked Facebook what their plan of action is if FiftyThree wants to pursue legal action about the name, and while we were told to arrange for a call, Facebook ended up telling us that its official response is “no comment.”