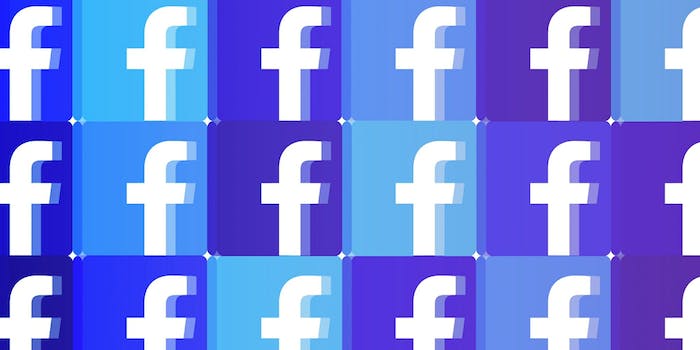 It’s billed as Facebook‘s response to Apple‘s Siri and Microsoft‘s Cortana. But “M,” the new Facebook virtual assistant that lives inside Messenger, is nothing like the mobile software that responds to queries like “what’s the weather today?”

M arrived on a few-hundred phones in the Bay Area this week, inviting Messenger users to ask it for things like dinner reservations or to purchase a present for a baby, Wired reported. If someone didn’t now any better, they might assume that M is simply another semi-intelligent assistant, responding to queries via text after artificial intelligence software analyzes each request.

Behind M, a non-gendered assistant, is a team of people Facebook calls M trainers: flesh and blood individuals who help train the A.I. assistant by ensuring accuracy, while taking actions computers and software can’t quite do yet. For instance, if you want M to call your cable company to avoid being placed on hold, an M trainer will have to suffer through the hold music on your behalf. If you want to plan a party, an M trainer might show up with party favors.

Facebook’s ambitions are grand—it wants to be a one-stop shop for everything you use your devices for now, including search, assistance, and discovery. It also presents a potential revenue stream if Facebook can partner with businesses to make money off your interests and intentions. At F8 earlier this year, the company unveiled a feature in Messenger that lets users connect with businesses without calling them or visiting a website.

“We start capturing all of your intent for the things you want to do,” David Marcus, vice president of messaging at Facebook, told Wired. “Intent often leads to buying something, or to a transaction, and that’s an opportunity for us to [make money] over time.”

So even your personal assistant will be a vehicle for advertising.

But the Taskrabbit-meets-Google Now hybrid isn’t all that groundbreaking. It seems weird that Facebook would invest so much time and manpower into a feature like this, but in reality, it could be going backward in terms of A.I. development.

Jana Eggers, CEO of artificial intelligence firm Nara, says that Facebook’s approach is one of the oldest forms of A.I. testing called “expert systems,” trying to codify human decision-making into computers. By using humans to help the A.I. learn to be more comprehensive, Facebook is doing the same type of A.I. research companies have been doing for years.

“It’s not that I’m against learning from humans, but this has been tried a lot before,” Eggers said in an interview with the Daily Dot. “They’re actually going to go backwards to where we have been before with expert systems, by not changing the way we’re thinking about it.”

Nara takes a different approach to A.I. Eggers says that Nara lets the data connect itself. In the case of a baby gift, Nara looks at certain attributes of the particular gift like price ranges, colors, or toys, and it doesn’t assume that the way everyone buys a baby gift is the same. The human decides the important attributes and is provided with options an explanations of why different attributes are important.

That’s not to say what Facebook is doing isn’t groundbreaking in other ways. The company is coming out and admitting that they don’t have all the answers yet, and the technology needed to truly solve the problems things like virtual assistants are meant to just doesn’t exist yet.

“I’m not that surprised that they needed to do this [with humans] because the area where Siri and Cortana and all of that is, they work on the perception level—that level of natural language processing, image recognition… understanding what’s being said,” Eggers said. “The part that’s harder and we work at is the cognition. How do we understand the data?”

The limitations of A.I. mean that computers can understand or parse a sentence, but are incapable of figuring out the actions to take to solve the problem.

For now, Facebook’s M remains a small test in the Bay Area, but the company plans to roll out the free service to all 700 million Messenger users in the future. And the company isn’t anticipating the human contractors going anywhere anytime soon.