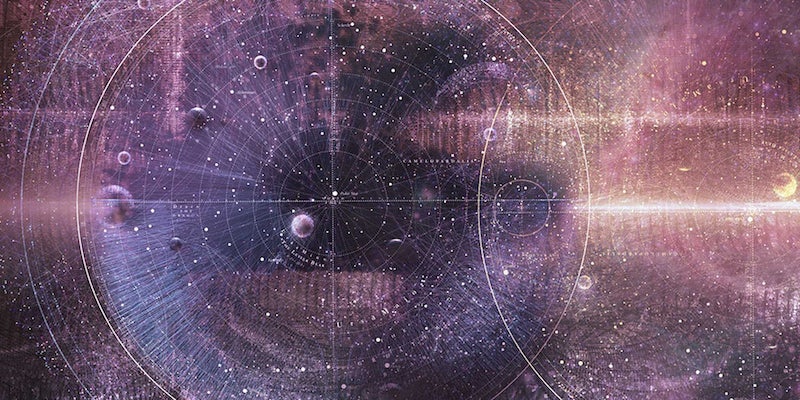 Take me to your investor.

Yuri Milner is probably not floating around the International Space Station dying of a terminal disease. But like S.R. Haddon, the manipulative billionaire from Carl Sagan’s Contact, he does believe in the potential for extraterrestrial life. And he’s putting his money where his mouth is.

Monday at a press conference at the Royal Society in London, physicist Stephen Hawking announced the launch of “Breakthrough Listen,” a large-scale project to comb radio waves for the presence of life in space. Picture SETI, but on a much larger scale. SETI is funded to the tune of a mere $2 million a year.

Milner, a billionaire early investor in Facebook, is fueling the 10-year project, which will utilize radio telescopes around the world, with $100 million of his own money.

The project aims to listen specifically to the 100 galaxies, and million-star systems, closest to Earth.

Hawking, who has warned against the possible outcome of our uncritical embrace of artificial intelligence, is similarly careful about the possibility of other intelligent life.

“A civilization reading one of our messages could be billions of years ahead,” he said. “If so, they will be vastly more powerful and may not see us as any more valuable than we see bacteria.”

With that guiding nightmare in mind, the project will scan for signals but will not be broadcasting any. Considering we sent the first radio wave of a human voice 115 years ago, this may be shutting the barn door after the horse has fled. (I for one welcome our new alien overlords.)

This new project has more over SETI than just the cash. The hardware and software we have now can search billions of radio frequencies at a time instead of millions, and can search 10 times the area of sky available to radio telescopes in the early Nineties, when SETI was actually funded at any considerable level.

The supercomputers available, like those that will be used by the Square Kilometer Array in South Africa (the largest radio telescope in the world, constructed of thousands of individual telescopes and antennae), will allow parallel processing that will enable the coherent reassembly of widely dispersed signals, allowing in effect, to build a much deeper or much wider picture of the sky.

The reason radio astronomy is so important is that the overwhelming majority of the radiation of the universe is detectable by radio telescopes vs. the optical telescopes that only see visible frequencies. That said, the project will also look for artificial light signals using the optical telescope at California’s Lick Observatory.

The Breakthrough Listen team will be led by Pete Worden, the former head of NASA’s Ames Research Center.

Worden and his crew will attempt to discern created radio waves from the background of the universe’s operating system. The fact of artificiality is more important than the content, according to another of the project’s high-profile supporters, Frank Drake. Drake, together with Sagan, sent Earth’s first physical message into space in 1972, the gold-anodized aluminum plaques aboard the Pioneer 10.

Although this project will not feature any outgoing messages (in addition to the trillions already making their way through space), another project, Breakthrough Message, will launch in time. Breakthrough Message will “fund an international competition to generate messages representing humanity and planet Earth, which might one day be sent to other civilizations,” according to the official press release. The prize pool will total $1 million.

Whether or not messages wind up actually being sent, Breakthrough Message will provide “a way to learn about the potential languages of interstellar communication and to spur global discussion on the ethical and philosophical issues surrounding communication with intelligent life beyond Earth.”

The project’s software and hardware development will all be open source, and all the technology will be developed to be platform agnostic and work on telescopes around the world. Others outside the project will be able to develop from and add to the project. Breakthrough Listen plans to partner with the home-based distributed search program, [email protected].

“With Breakthrough Listen,” said Milner, “we’re committed to bringing the Silicon Valley approach to the search for intelligent life in the Universe. Our approach to data will be open and taking advantage of the problem-solving power of social networks.”