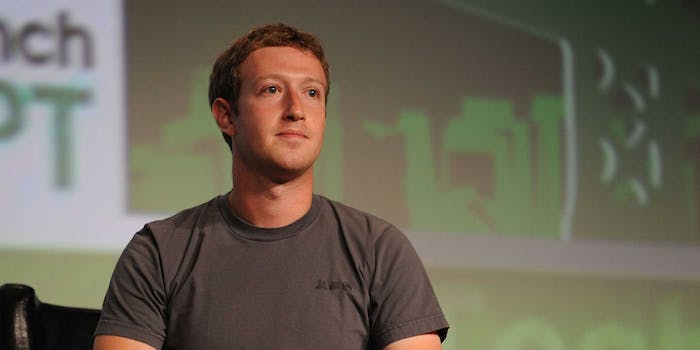 A new messaging app called Bolt is about to launch, but it already exists.

Facebook’s Instagram is allegedly preparing to launch a new photo messaging app called Bolt. That wouldn’t be a problem, except for the fact that Bolt already exists, and it’s a voice messaging and calling app for Android.

“You’re about to launch a one-touch photo messaging app to rival Snapchat. And we sincerely hope it’s a spectacular success. There’s just one problem: you’re going to name it Bolt,” Bolt CEO, Andrew Benton, wrote in a passionate blog post to the powers that be, attempting to get Instagram to change the app’s name ahead of its debut.

It would be nice to think that whoever is making the final call on the new Facebook/Instagram app would have the decency to look at the situation and realize that adopting the name of another, smaller messaging app is probably one of the lowest things a big company could do. That would be nice, but history suggests that won’t be how things play out.

With the launch of Facebook Paper earlier this year, the company made life a little harder for a startup named FiftyThree and its own Paper sketchbook app. After being contacted by FiftyThree, Facebook admitted that it could have handled the situation a bit better, but noted that it wasn’t going to change the name of its similarly-named app. If things play out the same way with Bolt, the startup could have a hard time with brand confusion as it attempts to carve out its own share of the communication app market.

Instagram has been in hot water over name theft before, but the circumstances were slightly different. An Instagram user found that her highly coveted @Kathleen handle had been reassigned to an Instagram employee. After a good bit of internet outrage, Instagram corrected its “mistake” and gave the name back to its original owner.

Even when Facebook isn’t involved, accusations of company identity theft aren’t exactly an uncommon thing in the tech world. Apple’s announcement of its new HealthKit API was met with ire from an Australian startup that was already using the moniker. HealthKit was founded in 2012 and its founder owns the HealthKit.com domain, and even recorded a YouTube message to Tim Cook, though it doesn’t appear to have done much good.

It’s not just company names that run the risk of being adopted by another entity—logos are under attack, too. Airbnb’s much publicized logo change drew laughs from those who likened it to reproductive organ, but San Jose’s Automation Anywhere kept a straight face as the company addressed peculiar similarity between its own icon and Airbnb’s new image. In that case, however, Airbnb somehow convinced Automation Anywhere to actually change its own logo, rather than risk brand confusion.