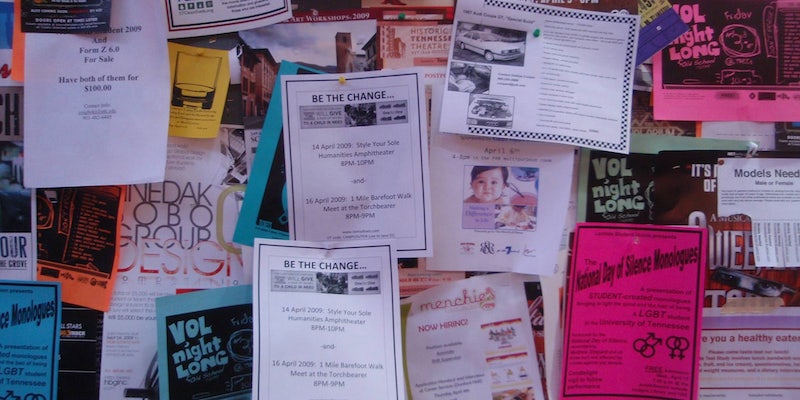 It's a real people pleaser.

Notice your Facebook event recommendations getting more personal? That’s because it’s not an algorithm in charge of your weekend plans any longer; in major cities, people are now in charge.

Facebook has generally relied on an algorithm-based system that takes into account your interests, friend activities, and previously attended events when suggesting recommendations. But the social network is starting to tap a team of people to help generate suggestions for things to do.

A Facebook spokesperson told the Daily Dot the curation team consists of one full-time employee and five contractors who will create featured event lists for the cities. The group will work in tandem with the Facebook Events team to surface suggested happenings that will appear along with the algorithmic recommendations.

According to the Facebook spokesperson, the human curators dig into the specific cities to search for worthwhile events by sifting through a variety of sources, including local, regional, and national news and culture sites. The group will regularly update the source lists and won’t pull more than 10 events from a single source to ensure a diversity of events.

Events pulled from the sources could be focused on anything from art, entertainment, music, fitness, food, or sports. Family-friendly and community-centric events will also be included. The team will stay away from politics and religion, likely due to the lessons learned from the controversy surrounding Facebook’s trending news feature.

The decision to get into event recommendations beyond just its standard algorithmic affair appears to be Facebook’s latest attempt to go after an existing market. Local newspapers and alt-weeklies often maintain lists of events, and apps like Eventbrite and Like A Local often help discover regional happenings.

Last year, a rash of Facebook groups started to crop up on the social network, encouraging people to post free local events in their cities to crowdsource ideas of things to do. Many of the groups gained considerable traction, though the groups turned out to be a part of a marketing scheme for an app that is no longer available.