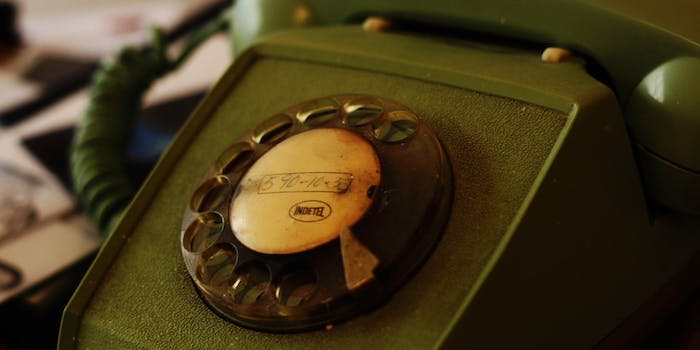 Facebook’s new app wants to make your calls for you

Smartphones have improved just about every part of communication—except for the phone part. Facebook thinks it can fix that with its own Android dialer app called Hello.

Built by the Messenger team and available for Android, Hello is designed to bring caller ID into the age of social networking. By connecting through Facebook and taking over as the phone’s primary dialer, the app will be able to show users information about who’s calling—even if you don’t have the person’s contact information in your phone.

Hello also features a built-in search system that makes it possible to utilize Facebook to find information about local businesses, allowing users to find a number and place a call without leaving the app. All users have to do is start typing in the search bar and results will begin to populate a la the search bar on the standard site.

As for calls from people you don’t want to hear from, Hello maintains a crowdsourced database of commonly blocked and hidden numbers, and gives users the option to automatically send those callers directly to voicemail.

The dialer will also serve to bring voice calls up to speed by promoting VoIP (Voice over Internet Protocol) calls on WiFi. The feature has been a part of Messenger for some time but is better served on the app dedicated for calling. Messenger will also factor into Hello, as users will have the ability to respond to missed calls using the chat platform.

According to Facebook, Hello will only display information that people have already shared with you or could otherwise be found on the site. It’s unclear if this means it will display phone numbers of users you haven’t connected to but have a publicly available profile. Additional privacy controls will be put in place in Facebook and the app.

Hello, which leaked weeks in advance of today’s release, marks Facebook’s latest attempt to drag users deeper into the company’s ecosystem. So far, for a company that counts on mobile for more than half of its traffic and 1.19 billion active mobile users each month, Facebook’s experimentation with outside apps has been marked by abject failures.

Its standalone phone created in partnership with HTC fell flat, as did its attempt to create a Facebook-centric operating system with Home, an Android launcher that made Facebook a core presence, introduced “chat heads,” and replaced the lock screen with the News Feed. For the most part, users have rejected Facebook every time it attempts to overstep its reach, and have even yawned at redesigns like Facebook Paper.

But Hello is a slightly less invasive way to involve Facebook and draws on its strength by building off of what’s arguably Facebook’s most popular feature, Messenger. Though there are plenty of Android dialers out there, there is no definitive “best” that dominates the genre. Facebook may be able to get a foothold on name recognition and familiarity—or from people who just like really blue things, because there is a lot of blue going on in Hello.