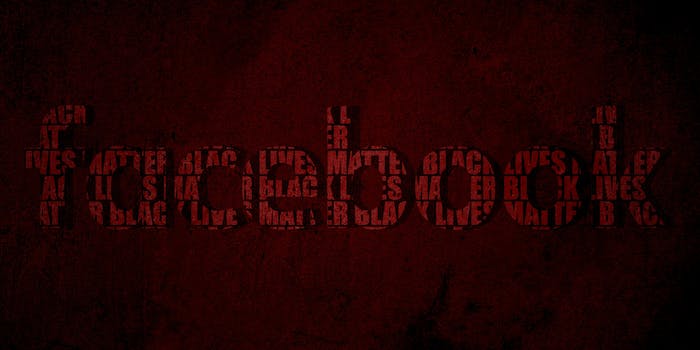 This isn't the first time Facebook has thrown its support behind Black Lives Matter.

It’s been a difficult week for race relations and police violence. Two black men were gunned down by police officers, Alton Sterling on Tuesday in Baton Rouge, and Philando Castile the following day in Minnesota. And on Friday, a sniper killed five police officers and injured 11 others at a Black Lives Matter protest in Dallas.

After the week’s insanity, Facebook decided to pay tribute to the countless victims of such incidents by erecting a Black Lives Matter sign outside of its headquarters in Menlo Park, California.

The letters on the sign are formed from the individual names of victims of race-related violence, including Emmett Till, Trayvon Martin, Michael Brown, and Eric Garner.