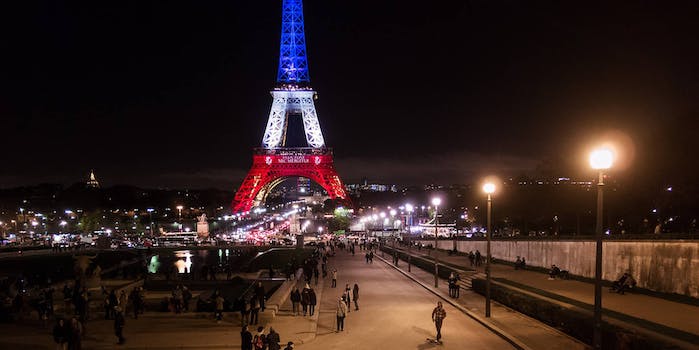 Facebook fights fake news in France ahead of presidential election

Facebook is working with 8 media publications to fact check news reported as fake.

Facebook is looking to avoid the social media controversies that plagued the 2016 U.S. presidential election.

According to some studies, fake news (misleading content from both hyper-partisan websites and fake news sites) outperformed real news on the social network and likely played a role in the outcome of our election. Facebook has since doubled down on efforts to identify and curb the spread of false or misleading content on its platform.

Now the company is taking a more proactive approach ahead of France’s presidential election in April and May. Reuters reports that Facebook will begin working with eight French media organizations to better ID and check articles that have been flagged on the social network. Once an article has been marked as potentially fake by a Facebook user, it’s sent for review to these publications. If at least two of them agree that it’s false, it will be slapped with a warning label when it’s shared on the app. (Articles with this warning label are also blocked from making money off of ads on Facebook.)

The companies Facebook is partnering with: 20 Minutes, Agence France-Presse, BFM-TV, Franceinfo, France Médias Monde, Le Monde, L’Express, and Libération. Le Monde’s editorial director said that the publication decided to join the social media fact-checking effort because that could help stop these false stories from propagating across the Facebook network.

Facebook is also supporting the Google News Lab-developed CrossCheck program, which will allow French citizens to submit questions and links that its expert newsrooms will then answer, fact check, or debunk.

Hopefully these combined efforts will help keep the French public better informed as to what’s happening in their political sphere ahead of their first round of presidential elections in April.