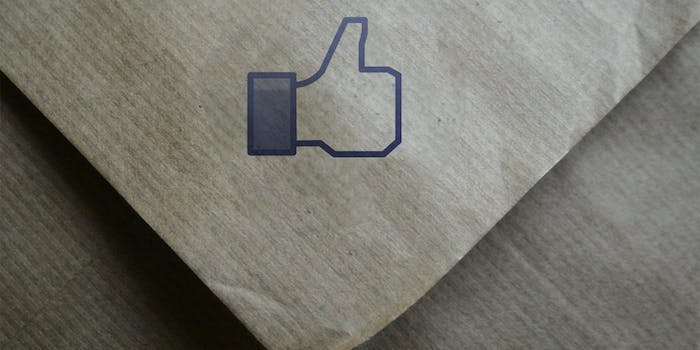 Facebook will effectively shut down its @facebook.com email addresses.

One of the most unnecessary email services ever forced upon users is essentially shuttering its virtual doors this week. According to emails sent out to users worldwide, Facebook will effectively shut down its @facebook.com email addresses.

What the company’s really doing is creating an automatic filter that forwards emails sent to @facebook.com email addresses to users’ primary email. There’s an option to turn the filter off, but Facebook filters are notoriously difficult to navigate, and it appears Facebook doesn’t want to deal with the email hassle anymore.

“Most people have not been using their @facebook.com email address,” a Facebook spokesperson reasoned to the Verge, adding that the update effectively retires the site’s service.

Facebook email addresses have confounded users ever since the site first introduced them in November 2010. At the time, Facebook’s idea was to offer users a way to separate business from pleasure.

“It seems wrong that an email message from your best friend gets sandwiched between a bill and a bank statement,” Joel Seligstein wrote in a blog post on the site that month. “It’s not that those other messages aren’t important, but one of them is more meaningful.”

The company tried to further prioritize Facebook email addresses a few years later—June 2012—by making those the default addresses showing up on people’s profiles. But it never quite caught on. Community members found themselves scrambling for a reversion plan.