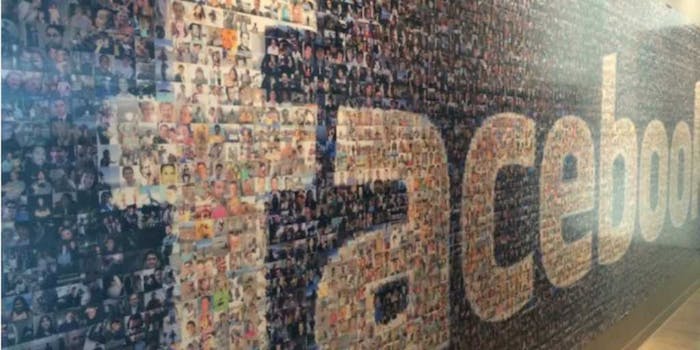 Facebook is building a virtual future that’s 10 years away

Talk about playing the long game.

While nearly any other tech executive would be downright crazy to lay out such a sweeping plan, Mark Zuckerberg’s sprawling vision for the company he founded 10 years ago sounds startlingly clear-eyed. Facebook, not content to command the largest social network ever created, plans to be the Internet’s next major evolution.

After touting its revenue growth and noting that 1.32 billion people used the service in June alone, Facebook founder and CEO Mark Zuckerberg made it clear that his company is just getting started. Zuckerberg repeatedly returned to his mental framework for Facebook, which he visualizes in five and 10 year timelines. In a world of Bitcoin crashes and vanishing Snapchats, even five years is an eternity.

“There are huge opportunities to build the next generation of computing platforms,” Zuckerberg said, speaking about the company’s acquisition of virtual reality pioneer Oculus, which closed this week. “When mobile was getting founded, we were just getting started.”

Two years ago, Zuckerberg admitted that Facebook had missed the boat on mobile, a misstep he still dwells on. Back then, the Facebook app, built in HTML5 (what Zuckerberg refers to as Facebook’s “biggest mistake”), was a poor companion to the desktop experience, if your device was lucky enough to have it at all.

After that stumble, Zuckerberg swore his intentions to conquer the smartphone. And, remarkably, Facebook delivered on that promise exactly as planned. In the following year and a half it conjured up unparalleled levels of mobile engagement, generating a flowing cascade of mobile revenue where before there had been none.

Now, Facebook is all grown up, as is Zuck, who sounds business-savvier by the day. When Zuckerberg announces Facebook’s intention to “define what the next generation of computing is going to be,” for better or worse, I’m inclined to believe him. Far-fetched as it may sound, Facebook’s really long game revolves around blending virtual reality with its existing social network in ways we can’t quite yet imagine.

Zuckerberg also noted an active interest in augmented reality, artificial intelligence, anonymous sharing and messaging apps that “open up new, different, private spaces where people can express things that they otherwise wouldn’t be able to.”

When it comes to the platform of the future, be it VR, AR, or something beyond our imaginations, Facebook plans to be first, biggest, and best. Love it or love/hate it, Facebook is playing a really long long-game, actively crafting a future for the Internet that could be more than a decade away. Mobile is today and Facebook wants to build tomorrow.