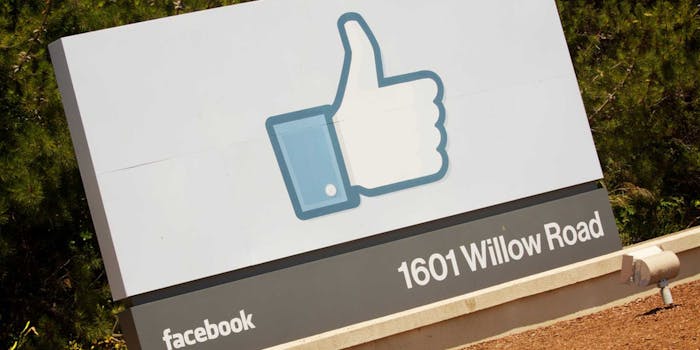 Facebook’s drivers are only making about $36k a year

“Sometimes we get a lot of negative comments. ‘Go get another job,’ stuff like that. All we really want is some understanding."

Facebook is famous for gifting its employees with perks (amazing sushi, an on-site barber, egg-freezing) but that is far from the case for the contracted bus drivers who shuttle these employees to and from work every day. The company’s implementation of a “split shift” schedule has these drivers so dissatisfied that they are organizing a union through the Teamsters in order to reach a more agreeable arrangement with the company.

One such driver is Cliff Doi. He formerly drove buses for Stanford University and the San Jose Airport, and has been driving Facebook employees to and from the company’s Menlo Park headquarters for the last three and a half years. He’s not presently working a split shift (it ended a couple weeks ago), but he tells us that when he was, it was hardly an ideal situation.

“I’d drive interns to Facebook headquarters between 7 and 11am, then I’d drive everyone home from 5 to 9pm. To do this, I was waking up at 4am and getting home at 10pm every day,” he said.

“We’re essentially dealing with a 15-hour workday with a bunch of downtime in between,” said Kara Deniz, Teamsters communications project manager. “We’re trying to find alternatives, like a place to sit in the office. The area is comparable to New York City or D.C., with a lot of the drivers having to commute some distance before they can go to work.”

“The drivers transport Facebook employees to work every day and they want a voice.”

There is a trailer that the drivers are welcome to hang out in when not on the clock, but “it’s too small for 40 drivers,” said Doi. “There are only four beds—two for males, two for females. Mostly you just try to get lunch somewhere, kill time until 5pm. It’s boring. You can’t do much and most people take naps in their cars. I don’t think it’s possible to get rid of the split shift system completely, but we want some comforts for that time.”

Facebook contracts its drivers through a company called Loop Transportation, paying them around $18 per hour for an annual salary near $36,000. Were these drivers driving a public bus for the city of San Francisco, they could expect to earn “on average, about $60,000 base salary,” said Paul Rose, media relations manager for the San Francisco Municipal Transportation Agency.

“The drivers transport Facebook employees to work every day and they want a voice,” said Deniz. “Representation voted to organize around the abusive split shift schedule. The Facebook drivers deserve a union. As for how a union could specifically benefit the drivers, that conversation would take place in negotiation.”

Google has also come under fire for its own employee bus system, which it facilitates through a company called WeDriveU. A WeDriveU representative passed our inquiry along to Google, saying that “Google requested that WeDriveU route media inquiries regarding their shuttle program to Google’s team.” We followed up with Google directly and have yet to hear back.

“These drivers are part of the invisible work force that makes Silicon Valley run,” said Derecka Mehrens, Executive Director of Working Partnerships USA, a community group that participated in the rally. “They are members of our communities that work hard every day, but live in poverty, and the business model of tech companies like Facebook counts on that. Tech companies write the checks to subcontractors who hire these drivers and the thousands of other service workers who make these tech giants able to function. They need to set the standards, too, and say ‘no’ to poverty jobs.”

“Most people who have eight-hour jobs don’t know about the split shift,” said Doi. “Sometimes we get a lot of negative comments. ‘Go get another job,’ stuff like that. All we really want is some understanding.”

Photo via Marcin Wichary/Flickr (CC BY 2.0)