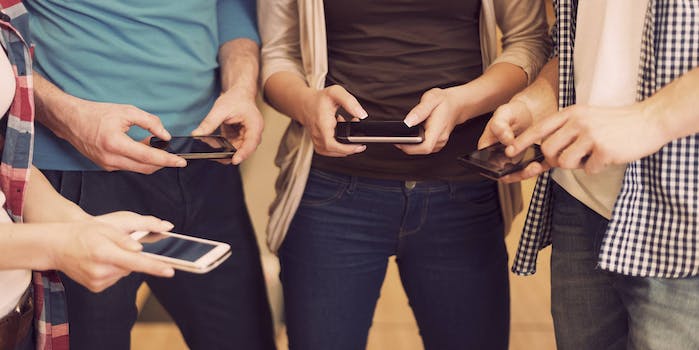 Facebook is studying your speech patterns in the name of profit

It's even analyzing messages to learn human communication.

Facebook wants to better understand how people are communicating across its platforms, right down to the meaning of your words.

The company uses a machine learning engine called DeepText that is trained to understand the text, context, and sentiment of conversations across 20 languages at an almost human level.

Yes, even in Messenger, Facebook’s smart software is analyzing private text conversations to figure out your words. To do so, Facebook has to train its programs to not just understand the what of the text, but the meaning. You could say the word “pulse,” and it would know whether you’re talking about light or a heartbeat.

DeepText can disambiguate slang terms in ways that other conversation programs cannot.

When you chat with a bot or other service that understands commands or talks back, often it uses something called natural language processing, engineered and pre-programmed with a deep understanding of language. With NLP, as Facebook explains, each word is assigned an identification, and slang terms, like “problem” and “prob” would be assigned two different IDs. The software is then trained on these different words in exactly the way they are presented.

But deep learning allows Facebook to use “word embeddings,” essentially, super complicated math can determine whether words are related and have the same meaning—the example Facebook uses is “brother” and “bro.” “Sup bro!” would be understood as “What’s up, brother?” And any other phrases or shortcuts you take with language can be understood by Facebook’s computers, no matter what language you’re typing.

Using word embeddings, we can also understand the same semantics across multiple languages, despite differences in the surface form. As an example, for English and Spanish, “happy birthday” and “feliz cumpleaños” should be very close to each other in the common embedding space. By mapping words and phrases into a common embedding space, DeepText is capable of building models that are language-agnostic.

So why does Facebook want to analyze your messages to learn how you communicate? It’s a platform built entirely on your data that makes money by targeting you with advertisements. It can be much more deliberate in bombarding you with information, advertising, and prompts if it can understand the context and sentiment of the things you share to the network.

DeepText is already being tested in Messenger. The chat app can understand whether someone is looking for a taxi or not, based on whether they type “Just arrived in a taxi!” or “I need a ride,” the company said. With Uber integration baked right into Messenger, theoretically the messaging service could know a woman needs a taxi, and popup a ride request immediately, without her prompting it first.

Additionally, Facebook will “help people find the right tools for their purpose,” or prompt people to use different services when sharing information. DeepText can tell when someone posts an item for sale; Facebook will just encourage them to use Facebook’s services (payments in Messenger, anyone?) to make the sale.

Facebook is also figuring out how DeepText can work with photos and videos, an area in which the company is doubling down on implementing artificial intelligence and recognition software. Facebook wants to know how you speak so it can understand and tell you how to behave. With DeepText, it’s well on its way.