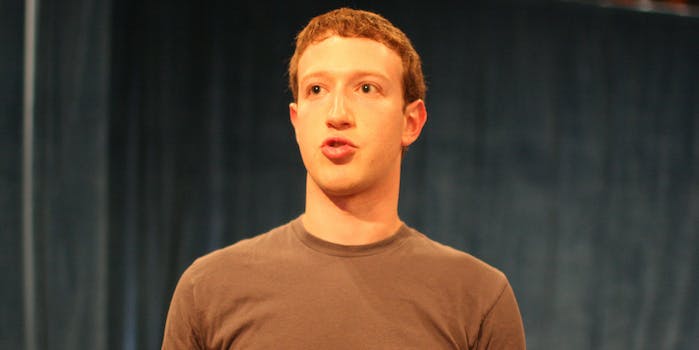 The number of users affected by the scandal could skyrocket.

The number of Facebook users whose personal information was exploited could grow exponentially as its privacy scandal expands with revelations that Cambridge Analytica created its own apps.

Former Cambridge Analytica employee Britney Kaiser told U.K. lawmakers on Tuesday that the political data firm scraped information on users from numerous questionnaires. It was previously thought the infamous personality test app “This is Your Digital Life,” created by Cambridge professor Aleksandr Kogan, was the sole mechanism behind the data harvesting.

Kaiser believes the current estimate for how many users were affected—87 million—will inevitably increase once investigations determine from how many people these additional quizzes took data. While we don’t know specifics about the newly revealed apps, Kaiser did highlight one in particular called “Sex Compass.” Kaiser didn’t expand on what the app was made for, but its name suggests sensitive information—including sexual preferences—may have been collected. Another application asked for user’s music preferences.

“I should emphasise that the Kogan/GSR datasets and questionnaires were not the only Facebook-connected questionnaires and datasets which Cambridge Analytica used. I am aware in a general sense of a wide range of surveys which were done by CA or its partners, usually with a Facebook login – for example, the “sex compass” quiz. I do not know the specifics of these surveys or how the data was acquired or processed,” Kaiser said in her testimony to a U.K. parliamentary committee that investigates fake news.

She continued, “But I believe it is almost certain that the number of Facebook users whose data was compromised through routes similar to that used by Kogan is much greater than 87 million; and that both Cambridge Analytica and other unconnected companies and campaigns were involved in these activities.”

When asked to expand on her written testimony, Kaiser explained Cambridge Analytica’s creative, psychology, and data science teams partnered to create in-house questionnaires that “scraped, resold and modelled [data] willy-nilly.” Kaiser clarified the purpose of the quizzes was to gather information by enticing users to log in using their Facebook accounts and accept a range of permissions. By doing so, users would be legally handing their data over to Cambridge Analytica where it could be used to manipulate their vote in high-profile elections.

“I know at least of those two examples,” she added. “Therefore it can be inferred or implied that there were many additional individuals as opposed to just the ones, through Aleksandr Kogan’s  test, whose data may have been compromised.”

Mark Zuckerberg was asked numerous times during his testimony before Congress whether additional apps had similarly mishandled user information. Zuckerberg stuck to his response throughout the marathon hearing: that Facebook is conducting an audit on all apps that have access to large amounts of data. It will focus its attention on apps that could have gathered data not just on those who downloaded them, but also on their friends before Facebook changed its privacy rules in 2015. Zuckerberg explained auditing “tens of thousands of apps” could take months, “hopefully not” years.

It’s worth noting Zuckerberg previously said he doesn’t expect the estimated number of users affected by the scandal to increase.

If additional apps are revealed to have been used or created by Cambridge Analytica, the pressure will continue to mount on Facebook as it drowns in a scandal that has damaged its reputation and sunk its value more than $60 billion. The company will need to answer another round of questions for why it allowed Cambridge Analytica, a company it caught wrongfully accepting data from a third-party, to create and publish additional data-collecting apps.

We have reached out to Facebook to learn more and will update this article if we hear back.