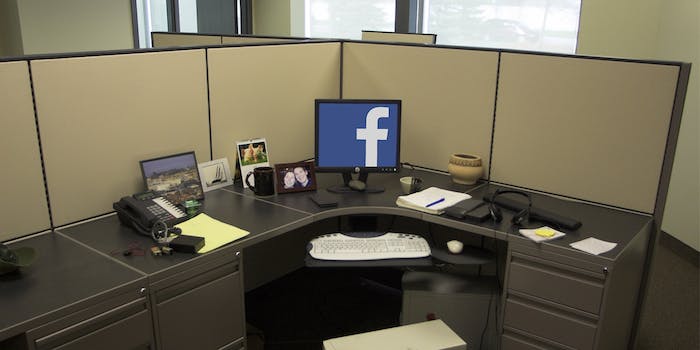 In a new sign of Facebook’s ambitions to transcend the traditional limits of social networking, the Silicon Valley tech giant is set to launch a new work-focused website designed to compete directly with the likes of LinkedIn and Google Docs.

The Financial Times reports that the new site, apparently called “Facebook at Work,” will incorporate a number of functions from other popular web platforms. It will offer professional networking functionality, akin to LinkedIn; file-sharing and collaborative document editing, like Google Docs or Microsoft Office; and chat functions, similar to Slack or HipChat.

Facebook at Work has been making the rounds inside Facebook some time, the FT reports, and the service is now in the testing phase at select companies ahead of a broader rollout. The site’s user interface is reportedly similar to Facebook’s, but it allows users to keep their personal profiles separate from their professional ones.

Despite having 1.3 billion monthly active users, Facebook has never made much headway in the professional sphere. It is widely consider a “time waster” by working professionals, who overwhelmingly use LinkedIn for networking and Google Docs for document collaboration.

Facebook’s new attempt to court professional users is the latest evidence of its plan to be all things to all people. CEO and founder Mark Zuckerberg has said that the social network has a “lot of room to grow,” and this expansion is particularly apparent in the video sphere. Experts believe that Facebook will soon debut revenue-sharing programs to make the platform more attractive to video content creators.

Facebook’s professional service is the latest example of its pivot to a single-purpose-app strategy. The company has eschewed the “Swiss Army Knife” model of a single app that does everything in favor of numerous, specialized apps. Not every standalone Facebook app has been a success: Ephemeral messaging app Poke was intended to capitalize on the success of Snapchat, but it was shuttered in May 2014 after failing to build a user base.

Facebook’s single-purpose messenger app, on the other hand, has been a resounding success, growing from 0 to more than half a billion monthly users in a matter of months. If Facebook can successfully leverage its huge user base like it did with Messenger and build a service that professionals will want to use, then Google, LinkedIn, and other competitors have every reason to watch their backs.