Meet the new face-detection algorithm that will change image search

If you don't want this algorithm to identify you, stay away from cameras.

Imagine facial recognition technology capable of identifying faces turned at any angle, or even faces partially obscured from view. Three researchers from Yahoo Labs and Stanford University have developed an algorithm that they claim does just this, and it could have a major impact on the way we search for images.

Current facial-recognition technology is based primarily on the work of Paul Viola and Michael Jones, who achieved a major breakthrough in 2001 when they developed an algorithm that could detect faces in real time. However, their method, which is based on quickly identifying a series of patterns associated with the human face, is limited to fully visible faces perfectly positioned in front of the camera.

Needless to say, the restrictions on Jones and Viola’s technology make it difficult to deploy in a wide variety of applications.

The new algorithm, written by Sachin Farfade, Mohammad Saberian, and Li-Jia Li, relies on advances in a type of machine learning called deep convolutional neural network. This approach relies on huge annotated databases to train a complex neural network by repeatedly exposing the algorithm to small batches of example images.

In their paper, titled “Multi-view Face Detection Using Deep Convolutional Neural Networks,” the researchers say that their method is simpler than its competitors, but that it achieves a comparable or superior level of accuracy. 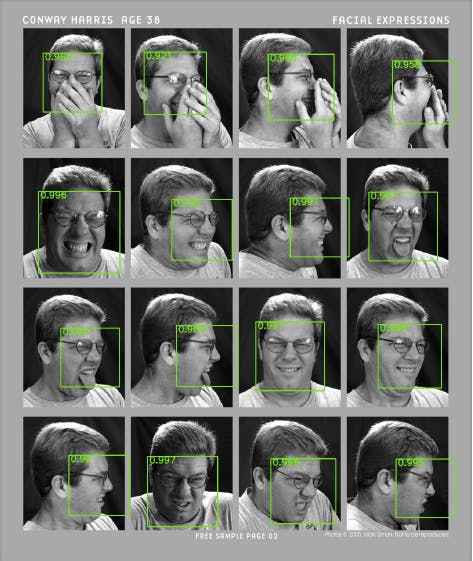 The researchers call their approach Deep Dense Face Detector. To demonstrate its effectiveness, they scanned 200,000 images of faces at differing angles and with different parts obscured. By including a further 20 million images without faces, they were able to train their model to distinguish faces from their surroundings.

The algorithm would be capable of combing through an entire catalogue of existing digitized images, not just new photos, raising the possibility that people will be identified in images they never knew existed. The paper does not address these issues.

Despite these worries, it seems inevitable that the technology will be implemented in some form if Yahoo has its way—and likely sooner rather than later. Perhaps now is truly the time to step out of the frame if you don’t want the entire world to see what a fool you and your friends were at Benihana that one night.

At press time, Farfade, Saberian, and Li had not to requests for comment.