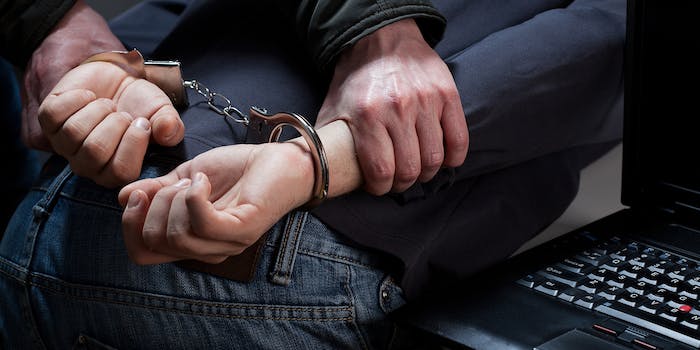 Most of the suspects are under the age of 20.

The Federal Bureau of Investigation, working alongside Europol and law enforcement agencies in 11 countries, arrested 34 suspects accused of carrying out distributed denial-of-service attacks.

The arrests, which were coordinated through Europol’s European Cybercrime Centre, targeted individuals who allegedly paid for “stressers and booters services to maliciously deploy software to launch DDoS attacks,” effectively knocking websites offline by flooding them with spurious requests.

The aim of the operation was to specifically arrest young people, most under the age of 20. An additional 101 suspects were interviewed and cautioned, Europol said.

“This successful operation marks the kick-off of a prevention campaign in all participating countries in order to raise awareness of the risk of young adults getting involved in cybercrime,” Europol said in a statement. “Many do it for fun without realising the consequences of their actions—but the penalties can be severe and have a negative impact on their future prospects.”

In the U.S., the FBI arrested Sean Sharma, a 26-year-old graduate student at the University of Southern California, for allegedly taking part in a DDoS attack that targeted a San Francisco chat service.

According to the Bureau, if convicted, Sharma will face up to 10 years in prison.

Read more about the law enforcement operation at Vocativ.